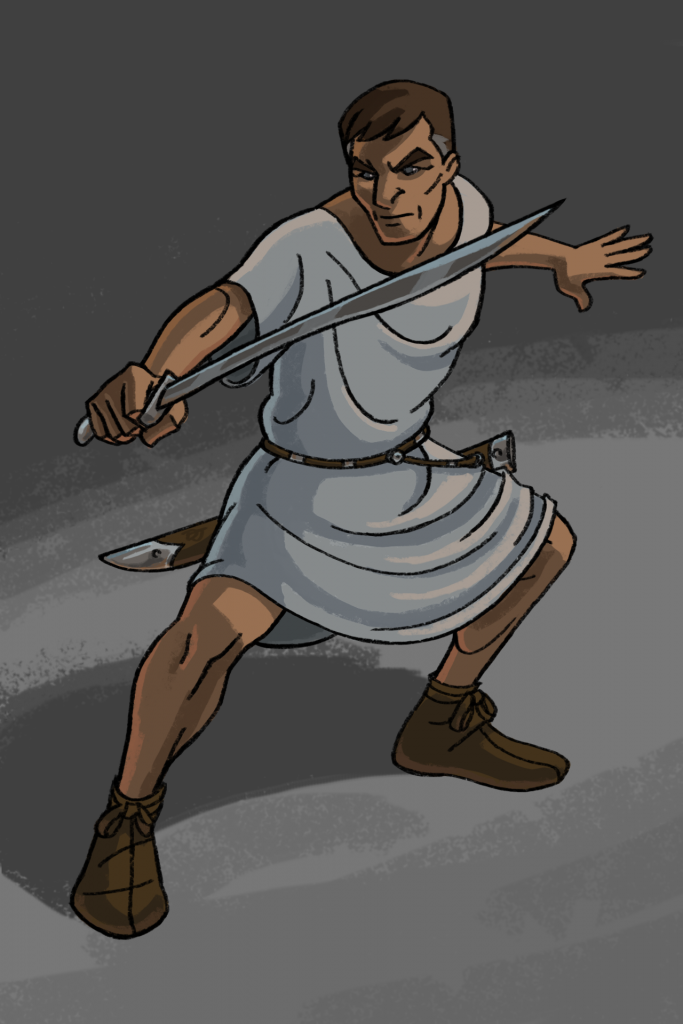 He Will Find a Way, or Make One

The silver towers of Volanus lie shattered by the shore. The city’s people fought block by block, house by house, until most fell with sword in hand. A few thousand survived to be sold into slavery. The city’s treasuries were looted, its temples defiled, its warships burned, and then, to fully sate their emperor’s thirst for vengeance, the mages of the Dervan Empire cursed the city and sowed its fields with salt.

They neglected only one detail. Hanuvar, the greatest of all Volani generals, survived.

Leagued against him are the inexhaustible resources of a vast empire: a bloated treasury, sages, sorcerers, and endless numbers of soldiers. All Hanuvar has is an aging sword arm, a lifetime of wisdom… and the greatest military mind in the world.

He has but one goal. No matter where they were sent, from the festering capital to the furthest outpost of the Empire, he will find his people. Every last one of them.

And he will set them free.

The Chronicles of Hanuvar Cabera

So far the short stories of Hanuvar have appeared in only a handful of publications. In order they are:

The Hanuvar stories are naturally rooted in my love of heroic fiction and sword-and-sorcery, particularly as crafted by Robert E. Howard, Leigh Brackett, and Harold Lamb. They’re inspired by my abiding interest in Hannibal of Carthage, my love of hardboiled fiction techniques, and my long-time desire to spin standalone tales that make a larger epic, like the novellas of Harold Lamb’s Khlit the Cossack.

It’s ironic to me that these stories are perhaps my least well known, because  I’m not sure there’s anything I enjoy writing quite as much. In addition to these six finished tales, I have two others near completion, as well as outlines, some of them extensive, for two dozen more.

With the completion of the next six I’ll have enough for a collection I hope to publish next year. That is, if I have time to write more short fiction between novel projects! Given that short fiction doesn’t pay as well and doesn’t get in front of nearly as many eyes, labor on these tales may be a little crazy, but it’s also a labor of love, so… onward!

I plan three or four collections of his adventures in all. Check back here for further details!