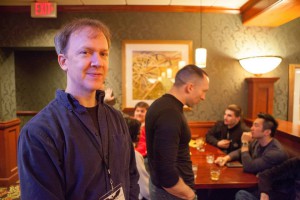 Judging by the numbers, I’m getting a big influx of new visitors here. My blog’s been running for a number of years at this point, and it might be a challenge to get the lay of the land without a whole lot of poking around. Even frequent visitors might not have dug deep enough to find some of my favorite posts.

That’s why I thought I’d take most of today’s post space to show you around.

My writer friend Paul Kemp recently put up a post on his own site defining sword-and-sorcery, which you should definitely go read (along with the comments section). It put me in mind of one of my own favorite posts on this site, located here, which is my  take on what makes a story sword-and-sorcery rather than other sorts of fantasy.

Here’s one of my favorite posts on a great non-fiction text better than many a fantasy novel, an ancient Arabian Memoir.

I spent years getting Harold Lamb’s great historical fiction into print, and I think everyone who loves a great fantasy adventure should try him out. Here’s why.

This particular post, about The War of Art and a prayer to the muses, seems especially popular. 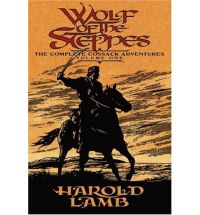 Here’s two posts showing most of my work space (part 1 and part 2).

While researching the historicals of Harold Lamb I read somewhat widely amongst other old pulps, and found some treasures, which I talk about here and here.

You want something completely different? One of the ways I kept sane through grad school was by reading the jungle tales of Ki-Gor from the old pulp Jungle Stories. Here’s why.

I’ve spent years reading and re-reading fantasy and speculative fiction and have only come recently to an appreciation of some other genres. For instance, I’ve been reading a lot of noir lately, as I discuss here, here, here… and lots of other places, really.

Before my friend Chris Hocking got me reading noir, though, he pointed me towards the westerns of Ben Haas. Westerns, I asked? Why would I want to read a western? Hah! Because Ben Haas was a master writer. And here’s where to find them more easily than I ever did.

If you’re a writer, I’m pretty honest about my own struggles with the craft and how I work to overcome them. Mixed in with news about what I’m working on are a whole lot of essays about various tips and tricks I’ve picked up over the years. Here’s a page link to all my posts that had something to do with the art of writing. Or the struggle of writing, or… you get the picture. 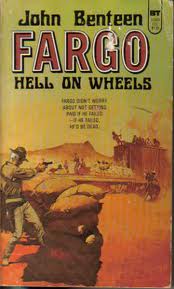 Finally, something new. I’ve started work on my next Paizo Pathfinder book, which is set in the tropical lands of Sargava. One of the things I do before I sit down to draft a Pathfinder novel is  read a couple of Ben Haas adventure or western novels so I can really absorb some of that clean, lean, hard driving prose and pace. This time I decided to re-read  Panama Gold.

Panama Gold  happens to be the first of Haas’s (writing as John Benteen) books I ever read, and I recall now why I didn’t understand how fine it was on first blush. Genre conventions. In each of these books Fargo has to be introduced to the reader, who was assumed to have picked up this book from a book rack in the 1970s. And the publisher seemed to think it necessary that the character’s background had to be established so that we understand exactly what kind of hero we’re dealing with. Thus, the first chapter is a little stagey, as are parts of the second, as Fargo talks about his past and carefully checks over his weapons. In Panama Gold he happens to be talking to Teddy Roosevelt, which ups the cool factor by an untold number of degrees, but it’s still clearly an info dump.

After that, though, it’s pretty much a non-stop thrill ride. What I didn’t get until I read more of Haas (Benteen) was just how exceptionally good he was at bringing the adventure every single time, varying the formula even as he dependably handed over the climactic battles and the beautiful dames and the dangerous villains. Haas wrote how most adventure writers wished they could when they grew up. But a reader DOES have to adjust to genre conventions. Some of the info dumps about “this is my past” are more skillful than others, but the paragraphs where he looks over his weapons get a little tiresome, especially if you read a couple Fargos in a row.