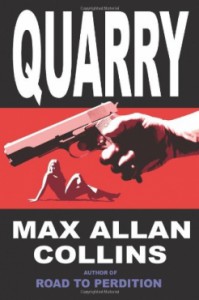 Yesterday I mentioned how wonderful I found the Spartacus TV show. Today I’m confessing that I finally got around to reading Raymond Chandler’s first Phillip Marlowe novel, The Big Sleep. Wow. Talk about lovely, evocative writing. Sure, I’m  just as puzzled as everyone else about who really killed the chauffeur, but what fine, fine prose.

My fascination with noir continues and I’m bouncing back and forth between Hammet stories of the Continental Op, Frederick Nebel stories about MacBride and Kennedy, Marlowe novels, and the Quarry books by Max Allan Collins. Collins is impressing me more and more, sort of the way Donald Westlake/Richard Stark did, in that the more I read of his work the more I come to appreciate how finely tuned the engines are in what seem, upon first glance, pretty simple vehicles. They’re not really simple at all, no more than a still life by a master painter is simply a snapshot of a bowl of fruit.

I came upon the Quarry books at just the right time, because I see that a TV series based around the character is now in the works. Should be interesting. I can imagine, though, that like Spartacus and Justified, it probably won’t be something I can watch with the rest of the family. 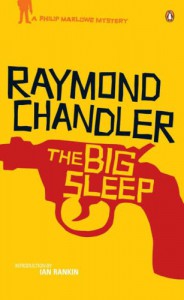 My friend Kevin Cook was noting some Zelazny feel to my fiction the other day, at least as far as some of the ethics of my heroes. I think I’d pretty much developed my own style at this point, but when I questioned him on it he said something interesting I’ll get to in a moment. You see, some twenty years back all of my prose sounded like a bad Zelazny pastiche. I imagine a lot of writers end up with sophomore efforts that sound like their favorite authors. Anyway, I’ve been reading a whole lot of noir, so when Kevin said that he could see some Zelazny style character stuff in Stalking the Beast I remarked that I’m surprised he didn’t see more noir, as the Lisette character definitely has a bit of a Parker vibe to her. Kevin then pointed out that Zelazny was heavily influenced by noir himself, and suggested the opening of Nine Princes in Amber owes a lot to a Cornell Woolrich story, “The Black Curtain.”

It’s fascinating how connected all of this stuff is. I feel like my own fiction is growing stronger via cross genre pollination, and clearly it worked for some of my favorite writers before me.