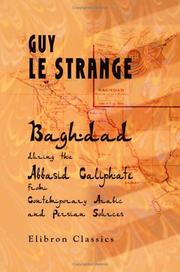 When you’re researching you sometimes stumble onto books that seem to have been written just for you.

I’ve read a long shelf’s worth of interesting and sometimes wonderful texts about 8th century Arabia, both primary and secondary sources (and a whole lot of books about ancient history in the region). Yet one in particular was almost perfectly suited to what I was writing, and once I found it I had one of those Homer “doh” moments.

It had been mentioned in the bibliography of one of my early sources. I can only assume that I tried to look for it twelve or thirteen years ago and couldn’t find a copy, but it could be that I simply missed it.

The full title of the book is Baghdad During the Abbasid Caliphate from Contemporary Arabic and Persian Sources, and should tell you just how vital the book would be to anyone bringing a story to life in 8th century Baghdad. I wish that I’d had it at hand when I wrote The Desert of Souls. I assure you that I keep it close by as I draft The Maiden’s Eye, which takes place almost entirely within Baghdad itself over the course of a single week. 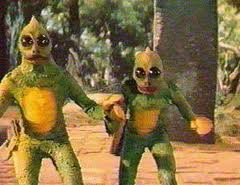 On January 15th I’ll be driving to Terre Haute to talk to some ISU creative writing students about writing and the business thereof, and then, at 6:00, I’ll be signing copies of The Bones of the Old Ones at the Terre Haute Barnes and Noble. I suppose I could sign other items as well, if you really want. For instance, if you need a signed copy of Memory of Light, or always wanted a signature on your Land of the Lost costume, I’ll be happy to help out.

From January 18th to January 20th I’ll be at ConFusion up in sunny Dearborn Michigan. I attended ConFusion for the first time last year and it’s a great convention. The staff are personable and very well-organized. There’s a strong gaming track AND a strong writing track, and the panels are intimate. Also, there are a number of movers and shakers at ConFusion with whom it’s usually hard to rub elbows at larger cons.

Of Swords and Gorns 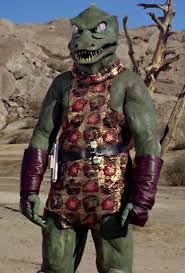 What strange times we’re living in. Just ten years ago there was a pronounced lack of sword-and-sorcery on the shelves. I’m sure some of my forum posts on this subject, lamenting the injustice of the situation, can still be found. Yet here we are in 2013 with a whole lot of popular book series now flavored with sword-and-sorcery sensibilities — the headlong pace, the gritty feel, the action sequences, all that. While my own work has more glitter than grit, it’s still sword-and-sorcery, and, better yet, it’s among those making end-of-year lists.

Last year, The Desert of Souls made the top ten of the Barnes and Noble SciFi and Fantasy Blogs Best Fantasy list; this year The Bones of the Old Ones got there as well! Here’s the 2011 list, and here’s the 2012 list. Great reading is to be found on both, even if you’re not into Arabian swashbuckling. It’s nice to be on there with a number of friends, including Saladin Ahmed and John Fultz!

With The Desert of Souls released in paperback in January of 2012, it qualified for a 2012 end of year list from noted reviewer Paul Weimer. And J.J.S Boyce, reviewer for The Green Man, Winnipeg Free Press, Blogcritics, and Sleeping Hedghog, selected The Bones of the Old Ones as the best new fantasy title of the year!

In other Jones-related news, a panel I was on at Chicon 7 (aka Worlcon 2012) was recorded for posterity and recently released online by Timothy Ward. In it, I sat down with four fine fellow authors (Louise Marley, Rachel Neumeier, Jack Skillingstead, Lynda Williams ORU) and talked about how to Write What you Don’t Know. My basic thesis is that if you want to write it but don’t know about it, go do the research — you’re not confined to writing about ONLY the things that you’ve experienced. For instance, say, grad school and creative writing programs. You can then color your writing with your own observations on the nature of man, the way people converse and interact, and all that. Other people have more clever things to say. Anyway, the recorded panel is here. 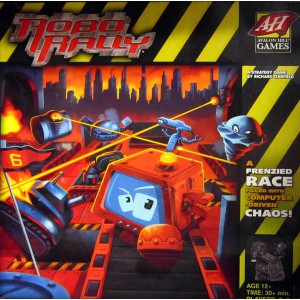 We had the best New Year’s Eve we’ve managed for several years, one full of laughter with family and an old family friend. My wife and son and daughter and I spent most of the day preparing for a massive fondue extravaganza with a variety of chopped vegetables and meats, and a dessert fruit platter with a marscapone cheese dip and a chocolate dip. Our friend Daniel came by with home-made sushi, and one of my daughter’s friends joined in the festivities, along with my mom. My wife is a phenomenal cook and made all the dipping sauces from scratch, some concocted on the fly.

After the feasting we sat down for a hilarious game of Robo-Rally, then played Iron Dragon until late in the night. In recent years my wife and I have been turning in at 11:00 (after watching the NY ball drop with the kids) so this is the first time in ages that we were awake during the local year’s end. The night was a wonderful way to start the new year, especially because I can’t recall when I last laughed so hard, or so frequently, in a span of hours. Trying to get your robot across the factory floor/obstacle course that is Robo-Rally can do that for you. The object may be to win the game, but most of the fun occurs watching the mayhem, even if it involves your own robot. I cackled with glee each time my robot got nudged off course (or I mis-programmed it) and it sailed into one of the pits.