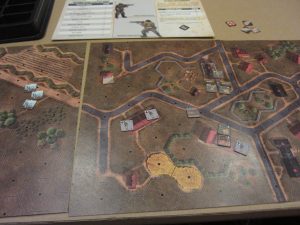 As I make final choices for the contents of the third issue of Tales From the Magician’s Skull I took a couple of weeks off novel writing and have been working furiously on some short stories. Between books is about the only time I have anymore to draft short fiction. I’d thought I might get three or four, but one of them proved a really tough not to crack, and took me down multiple dead ends and many false starts. But yesterday I finally finished a draft of the third (chronologically) Hanuvar story. I’m nearly done revising a fourth, although there’s a rough of a fifth on my computer as well. Those last two don’t fall into the same chronological sequence.

I’d hoped to finish a new Dabir and Asim story that’s about two thirds complete, but it may have to wait for another break. It’s time to get to work outlining the third novel of my new trilogy, and it’s just about time to start gearing up for the big promotional push on book 1. Ugh. Promotions.

Today, though, I take a rare day off. Seems like every day lately, even weekends, I’ve had lots of work. Not that I mind the work. I just haven’t been able to game. In just a few minutes my friend Dean Brown, all around great guy and talented game designer (B-17 Leader is his) is coming by for a visit. Seems like I’ve known him for years now, but we’ve never met in person. We’re going to take a day and just wargame. Should be a grand time!