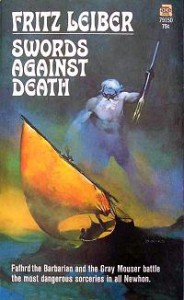 In the coming weeks Bill Ward and I  are going to re-read a book from Fritz Leiber’s famous Lankhmar series, Swords Against Death. We hope you’ll pick up a copy and join us. This week, so that you’ll have a little time to get on board, we’re just providing an overview.

Howard: Mid-way through junior high I’d read a whole lot of science fiction but very few fantasy books and no sword-and-sorcery. I’d been playing a whole lot of Dungeons & Dragons, though, and one day I read the famed Appendix N and decided to explore its recommended fantasy reading.

Unfortunately, when I went to the library it proved woefully empty of nearly everything on the list. The used bookstore ended up being my salvation, although, owing to chance, all they had that first day was one Fritz Leiber book, which meant I didn’t actually read Robert E. Howard — sword-and-sorcery’s originator — until I was well into my twenties.

Bill: This closely parallels my own experience, and it was D&D that introduced me to Fafhrd and the Gray Mouser long before I ever read any of their stories. Books were just hard to find, even if you knew what you were looking for. I didn’t get to Conan until I was thirty, and Fafhrd and the Gray Mouser sometime after that! My luck was to find Elric in my late teens and early twenties, probably because they were all being reprinted and the old Daws also seemed easy to find at the only used bookstore I knew about at the time. 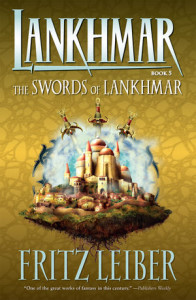 Howard: My used bookstore had a treasure trove of Moorcock, although again, because of their selection I ended up reading more obscure material first. I remain quite fond of the first Corum trilogy despite its repetition, probably because I first read it upon my initial exploration of fantasy books.

Bill: I loved both Corums. I think I read through nearly all the Moorcock S&S in my twenties and those were among my favorites, even more than Elric. As far as reading obscure material first, the first Howard I ever read were his historicals.

Howard: I love the Robert E. Howard historicals as much as his very best fantasy stories. My first purchase, though, was Swords Against Death, the most consistently excellent of all Fritz Leiber’s Lankhmar books. Chronologically for the characters it’s not the first, but it does contain many of the stories Leiber wrote first. I discovered while reading through the series that I vastly preferred the stories he wrote earlier in his life, even over the Hugo award winning “Ill Met in Lankhmar” that appeared in Swords and Deviltry. I found “Ill Met” only mildly engaging, and the rest of that volume rather weak. I always try to warn newcomers to Lankhmar that they should start with Swords Against Death. 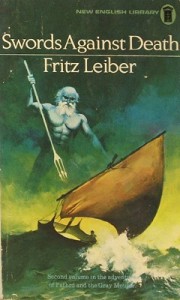 Bill: Agree completely. When I settled down to read F&GM for the first time it was straight through in “career” order, though I’d read a few stories here and there in anthologies previously, and the first two introductory stories in Swords and Deviltry were not at all what I was expecting. The pace seemed much too languid. It wasn’t until the later books and earlier stories that I really got on board.

Leiber wrote a lot of different sorts of things and his style shifted to reflect that — I wonder how I’d react to those later F&GM pieces now that I’ve read more widely in Leiber’s backcatalog. I suspect they’d still compare a little unfavorably to classics like “The Bazaar of the Bizarre.”

Howard: Are there other collections you like as well? I like Swords Against Wizardry almost as well as Swords Against Death. I enjoy about half of the stories from Swords In the Mist, and all of the novel Swords of Lankhmar.

Swords Against Death, though, was the one I revisited the most. Once I got past the short, storyless opening (“The Circle Curse”) I was engrossed. Every short story was approximately the same length, and a few were tangentially connected. It was a little like episodic television. 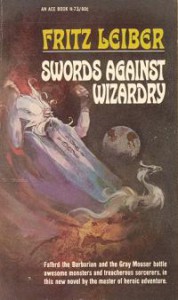 More importantly, it was exciting, fast-paced, brimming with magic and sword-play and horror and mystery — and beautiful women, a subject that was becoming increasingly interesting to teenaged Howard. I loved Swords Against Death so much that I read it at least six times in the next few years (oh, to have so much spare time and energy).

Swords Against Death was not only one of the first fantasy books I read, it was my introduction to true sword-and-sorcery. These days the line between sword-and-sorcery is a lot more blurred than it was in the mid ’70s. Back then you pretty much had high fantasy, or sword-and-sorcery, and I definitely preferred the latter for the grit and the kind of protagonists, not to mention the pacing.

Bill: It’s great that SAD was such a significant book in your life. Here obviously is where our perspectives will differ, since the “stakes” of a reread are much higher for you, now. I read SAD maybe around eight years ago when I was reading the whole series and, for me, it’s sort of hard to separate out the individual books in the series from one another. Not only did I read them all at once, but I read the book club omnibus editions. I’m looking forward to getting a sense of SAD more as it’s own book with this reread. 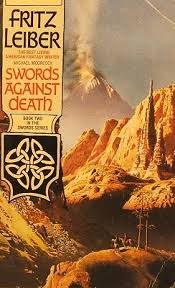 Howard: It’s been more than a quarter century since I last read the book, and I’m a little leery about what I’ll find. I know that the pacing will still be excellent and I have complete faith in Fritz Leiber as a prose stylist. But will I still find them some of the best adventure stories I’ve ever read? I mean, I’ve read a LOT of adventure stories after first being introduced to these. And what will I think of the way the women are handled? I was a young man in the ‘70s when I read these. Unconscious sexism was rampant then, and the majority of these tales were written even earlier, between the early ‘40s and the early ‘60s. I’m pretty sure that I’ll find a whole lot of women interacting with our protagonists as rewards rather than people. Not that I’d blame Leiber for that, if it’s what I find. Very few people can be socially ahead of their time.

Bill: As you say, very few people can be socially ahead of their time. Since I’m not one of them, I don’t foresee the sexual attitudes of my grandparent’s generation bothering me one bit — honestly it’s refreshing to read anything that hasn’t gone through the PC blandometer of the twenty-first century. 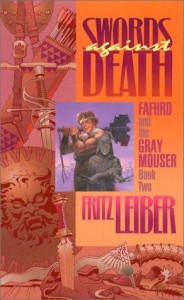 Howard: That’s the right attitude to read this older fiction with. A lot of people wander into it without being prepared, though – they expect everything to read as though it were written in the present and aren’t willing to consider the time and circumstances under which a work was written. I always wonder how I can warn them that a work has to be considered under different  parameters without sounding like I’m apologizing. Now that my daughter’s a teenager I look at my bookshelves and feel like I have to explain the worth of a lot of the old fiction I grew up with. It feels a little like having to explain why a joke is funny, which always ruins the joke.

Bill: Well, that’s one thing I tend to forget. I get frustrated when people aren’t automatically like me in how they approach fiction, aware and accepting of the context. When I hear someone, to bring a particularly egregious example, lambasting an author for a character’s point of view, I tend to wonder how these readers ever made it past their Dick and Jane.

And here I think is a point where at last, despite what our Dunsany reviews might imply, we can show that you and I aren’t actually twins linked by telepathy. Because, while we have very similar tastes, the emotional context for us is different. I have no children, and just the notion you raise about explaining to your daughter what that wall of books represents to you gives me a bit of pause. I’ve never had to so much as consider that, and it does change things. It’s very easy as a self-contained entity to just say “leave my fiction the hell alone,” but the real, constructive, thing to do is to explain to someone with a completely different perspective just what’s so great about stories that may contain a few rough edges from their contemporary point of view. 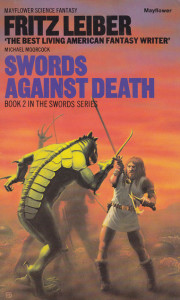 As far as Leiber goes, though, I certainly don’t think there’s anything in there as dated as, say, Nick and Nora Charles’s alcoholic banter in The Thin Man, which would be roughly contemporary with these stories. That may be one of the great advantages of fantasy fiction — the ‘no when’ of fantasy gives us a world that doesn’t date so badly and, even if there are some assumptions present that we no longer hold, well, don’t we assume going into it that a fantasy world is going to be different from our own?

Howard: A fair question and challenge. I think we could keep talking about perceptions for pages to come. We should probably leave some of that for the coming weeks.

Next week I hope you’ll join us for the first story in Swords Against Death, “The Circle Curse.” Don’t despair if it leaves you a little unsatisfied. If my memory’s correct, it’s the least interesting tale in the entire volume.