Blog Hop: My Writing Process & 3 Writers You Want to Meet

For this Blog Hop, I’ll answer a few questions about my writing process and then introduce you to three other writers who will pass the Blog Hop along. At least that’s the theory. I was tapped for this last month and you can see that I haven’t exactly been quick on the draw. Deadlines. Always deadlines. Anyway, as to those questions: 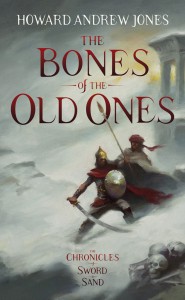 Right now I’m about 80 thousand words into the rough draft of what will be an approximately 90 thousand word novel titled Through the Gate in the Sea, a sequel to the book I wrote earlier this summer titled Beyond the Pool of Stars. Both are set in the Pathfinder Tales world of Gorarion, but are independent of the earlier books I wrote for Paizo in that none of the same characters appear.

2. How does my work differ from others of its genre?

Set as they are down in the tropics, these two books will have a very different feel from other Pathfinder novels. I downplay the more familiar Tolkienesque aspects and place a great deal of emphasis upon the collision of motivations between the colonials and natives, not to mention the indigenous races, like the lizard folk. They share some similarities with the fine Pathfinder Tales novel by Chris Jackson, Pirate’s Honor, owing to some moments upon the sea and a tropical setting, but the situations are very different.

I’m a sucker for adventure stories. Whether I’m writing for Paizo, or at work on a series for the Thomas Dunne imprint of St. Martin’s (something I’ll be working on again just as soon as I finish this particular book) you can bet that I’m drafting a tale with swashbuckling. I’d like to think that every one of my books has something more going for it, that it’s not just a hack-and-slash romp and that there are themes and messages behind it as well. The best of the original Star Trek episodes always managed to deliver a little message along with the adventure (the worst reversed it so that they were incredibly heavy-handed) and, having grown up watching them I suppose attempting the same is in my DNA.

But I’m drawn to the swashbuckling because I love the worlds of certain fantasy and historical fiction writers and wanted to try my hand at something similar. I’ve written variously about Harold Lamb and Leigh Brackett and Robert E. Howard and Fritz Leiber and Roger Zelazny and many others, and you can feel free to follow links to those posts for more details about why I found each of them inspiring.

4. How does my writing process work?

If you’re a regular visitor you probably know the answers to those questions, as I can hardly be persuaded to shut up about my process. I talk about it frequently as it evolves in the hope that someone else will find it of use. Here’s a link to a whole series of posts (start with the outlining section), but in simple form I figure out who my protagonists are, who the villain is, and then what everybody wants. Then I sit down and write a detailed outline. From that I go through the book and write a sort of stagey version of the draft. If I feel compelled to add lots of description during that draft, I do, but if it trims down to something like a play with occasional stage directions I don’t mind. The goal is to get the structure all worked out in the rough draft, and all the beats and players in place.

After the first draft I go back through and fix it up and work on dropping in the description and metaphors. Usually it’s there that the minor characters get some additional personality grafted on through tics and clever (hopefully) revealing bits of dialogue.

And now I’m passing the Blog Hop baton to Lou Anders, Chris A. Jackson, and Josh Vogt. Visit their own sites, where they’ll be answering these same questions over the next few weeks.

Lou Anders‘s research on Norse mythology while writing Frostborn turned into a love affair with Viking culture and a first visit to Norway. He hopes the series will appeal to boys and girls equally. Anders is the recipient of a Hugo Award for editing and a Chesley Award for art direction. He has published over 500 articles and stories on science fiction and fantasy television and literature. Frostborn, which Publishers Weekly described as “thoroughly enjoyable” (starred review), is his first middle grade novel. A prolific speaker, Anders regularly attends writing conventions around the country. He and his family reside in Birmingham, Alabama. You can visit Anders online at louanders.com and ThronesandBones.com, on Facebook, and on Twitter at @ThronesandBones.

A sailing writer, or writing sailor (he’s still not sure which), Chris A. Jackson is living his dream. Sailing full time since 2009, he and his wife are dividing their time between cruising the Caribbean and writing fantasy. While nautical fantasy came naturally—his Scimitar Seas novels have won multiple awards, and his debut Pathfinder Tales novel, Pirate’s Honor, received high praise—his other works have earned an incredible fan following as well. The Weapon of Flesh Trilogy has become a Kindle bestseller, spurring international interest. Privateer Press recently released Blood and Iron, his first work in the Iron Kingdoms world, and he is currently working on short fiction for Catalyst Game Labs, in the Shadowrun world, a longtime dream. His second novel for Paizo, Pirate’s Promise, will hit the shelf in December 2014, and his third is in the works. You can visit Chris online at jaxbooks.com, or keep up with him on Facebook, as well as Twitter at @ChrisAJackson1.

A full-time freelance writer and editor, Josh Vogt has been published in markets such as Paizo’s Pathfinder Tales, Grey Matter Press, the UFO2 & UFO3 anthologies, Intergalactic Medicine Show, and Shimmer, among others. He writes for a variety of RPG developers and his debut fantasy novel is forthcoming. You can find him at JRVogt.com or @JRVogt. He is made out of meat.