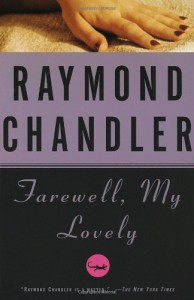 Today we’re looking at the works of one of the great masters of the genre, Raymond Chandler. 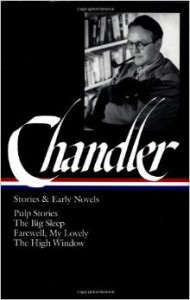 After having read every single Chandler novel — and I did spread them out so I could savor them — I understand why so many have declared him a master writer. It’s not just the cleverness and the quips and the wonderful metaphors, it’s the sense of place and the pace and the world-weary hero and, in most of them at least, the mystery itself. I have a handful of his short stories left to read, and I’ll be doing so slowly.

Chandler’s another author to whom I awarded a star. I know I’ll be re-reading a number of these books, probably more than once. I believe my favorite is the second, Farewell, My Lovely, but I think that The High Window and The Lady in the Lake aren’t too far behind it. I suppose I’d then rank his first, The Big Sleep, then The Long Goodbye, The Little Sister, and Playback. I didn’t find Playback as much of a letdown as I’d been led to believe, although it’s not a highlight. On the other hand, I wasn’t completely blown away by The Long Goodbye, either, which probably means I’ll be tarred and feathered because it’s supposed to be transcendent. Little Sister may actually be my least favorite because the end gets pretty convoluted. 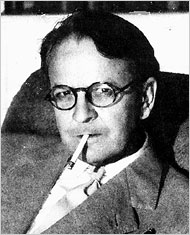 I think in the later books Chandler grew less focused on the plot (and he sometimes tended to be a little loose on plot in any case — note the famous “who really killed the chauffeur” question from The Big Sleep) and more melancholy and, let us be fair, self-indulgent. He was going through some rough times, so it’s to be expected, but I’m not sure it makes for great reading. Perhaps all that  turmoil in his life and melancholy in his prose means that The Long Goodbye is great literature, or perhaps some people thought so because Chandler directly deals with complaints about American society. Perhaps, though, readers just weren’t paying attention, because Chandler seems to be making social commentary during his mystery adventure stories from the very beginning. It’s not really as though any of these novels are superficial, although you CAN just read them as mysteries if you want. 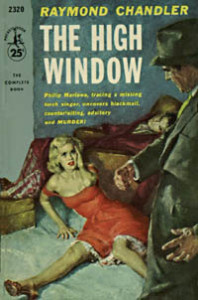 Chris:  Enough has been written about Chandler that I don’t feel I can add anything worthy of note.  I do  notice that, as is the case with Hammett (and especially The Maltese Falcon) Chandler’s work has become so blurred into modern entertainment, so thoroughly disseminated, absorbed and reproduced, so often imitated, parodied, and pastiched in everything from fiction to film to TV to comics to cartoons to commercials, that it has become strangely easy for modern readers to discount it.  Chandler’s simile-laced style and his view of the detective as tarnished knight errant have so completely infiltrated every corner of pop culture that it seems many simply take the original work for granted.

So many others are standing on his shoulders that you can lose sight of the guy. Reading the original stuff  will fix that. Even those who have read and appreciate the novels may find that the fresh intensity of Chandler’s short stories will sharpen their appreciation anew. 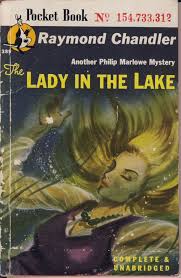 Howard: You’re absolutely right about Chandler. He’s been so often discussed and parodied that one wonders what to say that’s new. Certainly I have nothing more to say, critique wise.

But I WILL say I didn’t realize how much of an influence he had over Roger Zelazny’s The Chronicles of Amber, my favorite series growing up. Zelazny’s narrator, Corwin, is pretty Marlowe-esque, and there’s even a scene in Farewell, My Lovely that feels to me like if must have inspired the opening of the first book of the chronicles, Nine Princes in Amber.

I suppose the most important thing I can say is that this writer should be read. A lot of times when a writer creates a classic (or classics, in Chandler’s case) it turns out the book is a slog (and usually means, as my kids say, that it has to be 50 years old and somebody dies at the end). But Chandler’s best work is truly astounding. You can read the books just as adventures/mysteries as you want, but they’re loaded with wonderful prose and observations upon the nature of humanity. I can’t believe I hadn’t read him until now, and I sternly urge other doubtful types to jump in with both feet and pick up these books. The short stories, as Chris says, are just as fine.