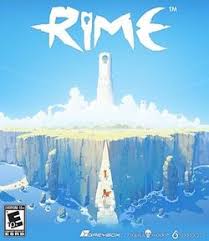 We’re not big video game players in my house. Every winter my wife and son break out some old video games — usually Zelda or Zelda like bright, friendly adventure/quest games from older platforms — and that’s about it. We’re not up on the latest graphic breakthroughs or gameplay techniques, so that if someone states that a game has “dated graphics” or has puzzles that are “too simple to solve” I’m generally not worried: A. even dated graphics usually look just fine to us, because they’re probably at least as good as the ones we’ve seen played B. people who regularly play games are more used to solving certain puzzles a certain way, and we haven’t seen them.

This winter, though, we didn’t play much. I guess we were tired of the same old games, finally. I wasn’t able to track down any new ones, and so the wife and son in particular were still wanting a fun diversion.

All of this might explain why we initially enjoyed Rime this May. A lot. I got it for my wife as a late Mother’s Day present, because it seemed like a family-friendly exploration/puzzle game playable on Xbox One, a platform that seems to delight in releasing dark and gritty titles much more than bright ones. In Rime we found a splendid interactive environment where the main character could climb where you thought he could climb, and swim, and jump, and all that. The puzzles might have been simple for a long-time gamer, but they were just our speed. And the animation was nice and the scenery gorgeous. I’ve seen reviews saying that the gamplay was derivative and hardly ground breaking, but we who didn’t know enough to be snotty about it thought it looked great. 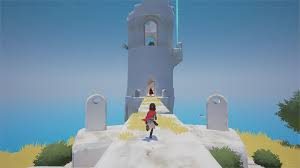 So you see, it seemed like a winner… until the conclusion just sort of happened. The story was building nicely, but by the time we got to the final level we were shocked that it WAS the final section. The game just kind of ended with one of the most thoroughly terrible resolutions I’ve ever seen. My guess is that the team ran out of money. I’ve never been more thoroughly dis-satisfied with a modern game conclusion. I’m sad to say that as a result I don’t recommend it. You see, we may not be up on game development and technology, but we know a good story when we see one, and this wasn’t.

As a side note, if anyone can suggest an Xbox One fantasy adventure title that doesn’t involve assassins or demons or a whole bunch of blood and gore, or that’s essentially optimistic (my wife has enough stress and negativity at work, thanks), I’d love to hear about it.