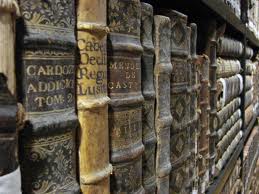 I received a note from a German writer/reader the other week asking me about how I research my historical fiction.

These days I’m pretty methodical about it, but then, at this point, I’ve got a handle on where to look and what my important historical sources are. Originally it was hit or miss because I was reading out of curiosity rather than because I planned to write a series of historical fantasy novels. As a result, I stumbled around a lot.

One of the earliest movies I remember seeing in the theater (I was 6) was The Golden Voyage of Sinbad, but I’d no more count that as research than a viewing of Aladdin, although the former is an occasional guilty pleasure. I certainly wouldn’t count the Sinbad movie as the thing that launched my interest in Arabian fantasy, though it surely ignited an interest in adventure movies, heroic swordplay, and the thwarting of evil villains. 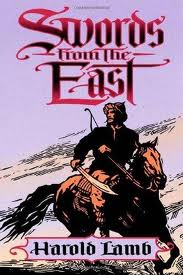 It was Neil Gaiman’s 50th issue of Sandman that got me most interested in The Arabian Nights, and the historical fiction of Harold Lamb and Robert E. Howard that got me thinking about writing historical characters. One of my favorite of all short stories is Robert E. Howard’s lesser known historical “The Road of Azrael” whose Chagatai (Turk) narrator is wonderfully opinionated and over the top. Everyone in the story is an exaggeration, from west to east… and I love the whole piece on many levels.

Lamb especially bent over backwards to portray “the other” in a realistic light; at least half of his fiction, and most of his best, is focused upon men of the east: Mongolians, Arabs, Cossacks of mixed blood. Even when the protagonists are from the west, they are almost always interacting with people of the east. Lamb’s sure-footed, dynamic prose showed good and evil on both sides of the cultural divide. He celebrated brotherhood, loyalty, and justice and had the people of the ancient times in which he wrote acting as humans rather than types. When you’ve read other fiction of the time, you quickly see that his even-handedness is all the more remarkable. It is an approach I have worked extremely hard to emulate.

So much for the historical fiction that sent me to the middle-east. But it was Lamb, ever the dutiful scholar, who likewise pointed me to one of my favorite primary sources (well, primary EXCEPT that I have to read it in translation) The Memoirs of Usama Ibn-Munquidh. I’ve written about that elsewhere on the site.

Historical overviews are all fine and well, and essential for understanding what’s happening in the world of the characters you’re writing, but text actually created by people of the time is even more crucial, for it gives you a model, a demonstration, of the way people in that period looked at the world. It inevitably portrays a richer and more complex understanding and interpretation than we moderns would assume.

I still hold that some role-playing books are excellent introductions. GURPS maintains a solid line of historical expansions of their main game, meticulously researched. I wouldn’t use one as my one-and-only source, but the authors are paid to sift through historical data to provide a clear picture of the kinds of clothes, weapons, food, and skills someone from the era would possess. And, at least in GURPS, there is usually an exhaustive bibliography of additional sources, which is how I found my way to one of the most useful books upon my shelf, Andre’ Clot’s Harun al-Rashid (translated by John Howe). 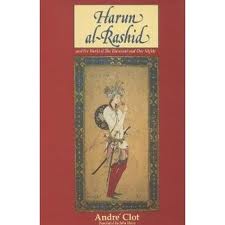 It was Clot’s book that gave me the confidence that I could actually bring the time and place to life. That was more than 15 years ago, now, when I was first drafting Dabir and Asim short stories. Since then I’ve explored the Koran, and, realizing I needed help in understanding it, I have additional books about its interpretation. Determined to learn more and more about what the people of the time would be thinking, I’ve delved into mythological cycles. Dabir, after all, is a Persian, so he would know many of the tales that were eventually compiled  within The Shannameh. Men and women of all classes also would know many of the delightful Kalila and Dimna fables.

How to research, then, in a nutshell? Find the overview sources of the period, then dig through the bibliographies of said books for more specific books. Read primary sources, but likewise read the works of experts who can help you interpret them. Some experts have spent a lifetime studying a single period or book, and they are bound to be able to bring wisdom and insight to your exploration, no matter how clever you are. I will say, also, that you should learn to read the language of the period… something I have only made halting steps toward. If Dabir and Asim books really take off, I mean to ease off on deadlines a little and throw myself back into the study of Arabic. And then, Farsi. I am nothing if not ambitious!