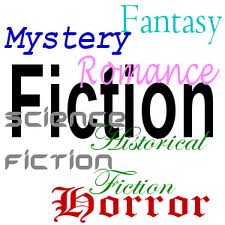 It’s a lot easier for me to be generous about other genres than it used to be. I’m trying to decide if that has something to do with me mellowing with age, or if it’s because there’s a whole lot more sword-and-sorcery available than there was ten years ago … or if it’s simply that I don’t feel shut out anymore now that I’m writing sword-and-sorcery stories for a living.

Fantasy seems a lot more popular even among the mainstream readers than it used to be, although the dividing line between fantasy and sword-and-sorcery still seems pretty blurry. I’ve spent a lot of time over the years trying to define the difference, but I often feel like I’m shouting in the wind. The common conception remains that if it’s got swords and magic, it must be sword-and-sorcery, regardless of pacing or the focus of the plot. But let’s set another discussion of sword-and-sorcery aside for the nonce and focus instead on genre prejudice.

I think a lot of science fiction and fantasy writers and readers feel like low faces on the totem pole because their favorite fiction is sneered at by people in the know. A while ago, I started to realize that MOST writers felt like their genre was being kicked to the curb. Horror writers have been going through a hard time now for a good long while. YA writers, well, they “only write YA,” and God help the urban fantasy people, whom are in fashion to be hated. As writers and readers, we all turn up our noses at all the things we find wrong with some one else’s genre. Really, that’s all that’s happening with the literary criticism of genre work. It’s easy for us genre people to detail the things we find annoying about literary fiction, but it turns out lit fic writers feel harried themselves.

When you enjoy a genre — like historical fiction or sword-and-sorcery — there logically must be some aspect of the genre that you like. And there likely are some aspects that others would cite as weaknesses that you either don’t notice or are willing to tolerate. As much as I love the fiction of Robert E. Howard, for instance, I will freely admit that there are few engaging female characters in the vast majority of his fiction. And I must also admit that while the prose may be beautiful, even when it’s grotesque, it’s really not about slow, measured consideration. That’s fine with me a lot of the time, though I wouldn’t want to read it all the time. 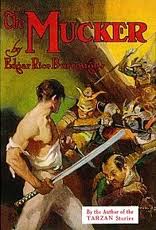 Because I read a lot of older genre fiction, I am used to having to forgive racial and social conventions that make me wince. These attitudes come from the time and region of the writer, thus it always seems fairly absurd to criticize standard outlooks of the time that the writer shared. For instance, recently I discovered more than a share of cringe-worthy attitudes about Mexicans and Japanese on the part of some characters in an Edgar Rice Burroughs novel titled The Mucker. Yet looking past that, the novel was surprisingly good. Its second installment (The Return of the Mucker) was far more pulpy than the first; I still enjoyed it, but not as much, for while I have a toleration for pulp, there is a limit to how much coincidence, damsel-in-distress saving, and heroes being knocked unconscious and captured I can endure before I toss a book aside. Other readers have no trouble tolerating any of those issues, but can’t accept the conventions of urban fantasy where vampires are sometimes good guys, or can’t tolerate the technical discussions in hard science fiction.

Lately, I’ve been wandering out of the fantasy province to read some westerns, a field I’d carefully avoided and now find of great interest for a variety of reasons. I always used to hear pro writers saying to read outside the field and I used to nod knowingly, because I was always reading history books. I felt like I “got it.” Now, though, as I absorb detail after detail about Indian archery and wilderness survival and horse handling from a genre I used to think would be dull as dirt and full of cliche (really, don’t they all have their cliches and conventions?), I truly get it, and wonder how I could have convinced younger Howard to read this stuff sooner. Or to look past sparkly vampire prejudice to see some sparkly dialogue between Bella and Edward. Or to try out some mysteries to see how to build a case or some noir atmosphere.

I don’t think I’m ready to read every genre, or ever will be. Some continue to bore or irritate me, and a few disgust me. But I get now that it’s not that my favorite fiction is better than yours, just that my fiction works for me better than yours does for me. Good, bad, maybe it’s all just perception. I’ve grown a little more willing to try something without thinking it will taste icky just because it’s green. Vegetables aren’t always bad. I could never have convinced four-year-old me of that, but possibly these not-especially-profound conclusions I’ve drawn about genre will inspire some other young writers to venture outside their comfort zone a little, the way I wish I had done sooner, to learn some techniques from other fields a little faster than I did.