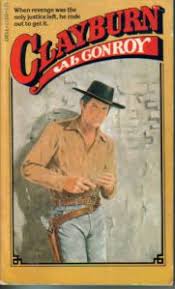 I got a grab bag of duplicate paperbacks from Chris Hocking a few years ago and discovered a lot of gold. One of the standouts was a detective novel from “Nick Quarry,” which turned out to be one of the pseudonyms of Marvin Albert. Albert also wrote under Al Conroy, and Anthony (or Tony) Rome, Ian MacAlister, and J.D. Christilian. Mysteries, westerns, “men’s adventure;” Albert could do it all, and he always delivered. I’ve read over a dozen paperbacks by the man at this point, and I’ve yet to read a bad one. Now maybe I’ve read only one that comes close to being a true classic, but they’re always good books. The plots make sense, the characters are compelling, the action scenes are crisp and clear, and the pace never flags.

Over the last few years I’ve been trying out a number of “new-to-me” authors of old westerns and mystery fiction. A lot of it is uncharted territory for me. So if I’ve tried a few authors who’ve left me cold, I know I can always retreat to another old Albert novel and be entertained. He’s dependably good. 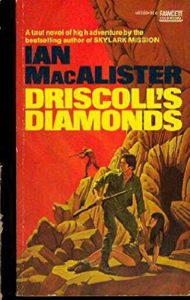 As Al Conroy OR Marvin Albert, depending upon the edition, he wrote four westerns featuring a character named Clayburn. He happened to have written them before Ben Haas (John Benteen) ever created Fargo. And as a matter of fact, when one of the novels was made into a movie, it was Haas who adapted the script into an entirely different book. Haas almost had to have read the original book, though. And he probably found a lot to admire. I don’t think I’ve read any other western series that felt more like a Haas novel than the four Clayburn books do. If you’ve enjoyed Fargo, you really ought to track the Clayburn series down. And then maybe take a look at his other works. His Driscoll’s Diamonds, written under his MacAlister pseudonym, is a fantastic adventure thriller, and the MacAlisters are almost as good.

But then all of his Marvin Albert/Al Conroy westerns have been great reads. The Nick Quarry books are entertaining as well — exciting gumshoe mysteries with maybe a little too much “giggle and wiggle” for its ’50s male audience.  Aw, heck, I didn’t mind it at all, but I KNOW it’s dated. Whatever the genre requirements, Albert adapted and delivered top-notch work. Like I wrote above, I’ve never read anything by him I didn’t like. There are much more famous writers who I can’t say that about, among them the far more famous Louis L’Amour. At this point Albert’s one of my favorite authors, and I go out of my way to find additional work by him.

For more information, and a full list of books, Bill Crider has an excellent essay over at Mystery File. I don’t think he liked Albert’s work as much as I do, but he clearly thought well of him.