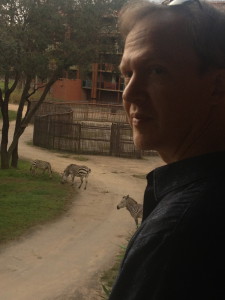 My father never held much stock with Father’s Day, thinking it an artificial construct designed to sell more cards, but I’ve embraced it. And this last Sunday I had one of my nicest Father’s Days ever. Heck, it began the night before, when I took the evening walk with my wife and son and they gave me some fantastic ideas for the villain and a terrible weapon for my third Dabir and Asim novel.

The next day I was treated, if not quite king-like, as someone who didn’t have to do any chores, be they mucking the stalls or doing the dishes. In the morning I got up early, as usual, and worked away on the outline of a new short story. Then I was taken out for lunck, treated to a role-playing game run by my son, and given a new Lock ‘n Load Tactical game. Well, new to me. Between lunch and the start of the game I got in a little Ambush!, another of my favorite war games.

The only jarring event was when we were out to lunch with my father-in-law and he told my son the reason universities are so expensive now: it’s because all the Mexican immigrants are getting free educations. Our jaws dropped, and my wife managed to change the topic of conversation before we had an ungentlemanly discussion. That reminded me not only of how many people are walking beside me living in alternate realities, but of all those fathers unjustly separated from their children. I’ve been stewing about that last a lot, so much so that even though I had time to blog Tuesday I wasn’t sure what to say. I try to keep my blog free of politics.

But there’s a difference between a political issue and a moral issue. I believe men should practice gentlemanly conduct. Separating children from their parents like this isn’t just immoral and ungentlemanly, it’s evil, and I want my congressional representative to show some actual spine and call the president on it. This travesty can be changed with a signature.