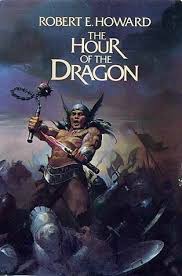 It was a long (4 hour) drive north to drop my first born off at college yesterday and then a long (4 hour) drive back home. I had neglected to swing by the library to grab some books on tape, and with the kid driving separately that left me with no one to talk with. I called a few friends, of course, and I listened to the radio now and then, and I did a lot of plot thinking about three separate projects. Much as I hate long car rides, that kind of time to just sit and think about plot is a real luxury.

I happened to catch the end of a Fresh Air episode where a writer/actor/producer was being interviewed and she mentioned that she had no interest in Game of Thrones; that she drew the line right there at dragons. Apparently if something had dragons it was immediately off the list, and I recall thinking that was a peculair reason to exclude GoT, because for most of its running time there really aren’t many dragons… I remember smirking. What about even the hint of dragons, I wondered, made you immediately turn up your nose? Is it that you think you’re BETTER than that? 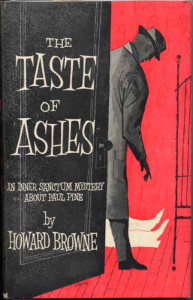 And then I ate some humble pie, because I recalled only a few years ago that I’d never have bothered reading a western, or a private eye novel, and lately I’ve found some of the best books I’ve ever read reside in both genres.

Maybe most of us start out in a narrow circle of familiarity and comfort. I know my own enjoyment and my writing skill has grown since I left that initial starting circle, and I only wish I’d dared to depart it sooner.

Do any of you have circles you’ve left only recently? Is there anything you still instantly turn your nose up to?