Owning to his presence at an out-of-town summer camp the last few years during the week of my birthday, my son hasn’t been around to celebrate with me on that one day for a long while. He was here this time, though, and, marred only by the absence of my daughter at a summer camp of her own, this 48th birthday has been my favorite in recent memory. 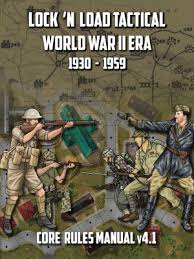 I woke up after having dreamed I was a Beatle hanging out with Paul and John and some other Beatle named Phil at some time in ’65, judging by our hair, answering press questions and being fab together. That was pretty gear.

I wrote until about noon, then did some calisthenics with the first born, had lunch with him, then played a couple of war board games of Lock ‘n Load Tactical: Heroes of Normandy. Following on that, we traded off playing piano and guitar and hashed out a couple of songs together.

By then it was supper time, so we drove downtown and met my wife for a swank dinner (I had duck!). Upon our return home the first born dialed up a college friend via Skype then ran a science role-playing game for her, my wife, and me.

A grand time was had by all. I got to write, game, eat great food, play music, and hang out with (most) of my immediate family. It doesn’t get much better.