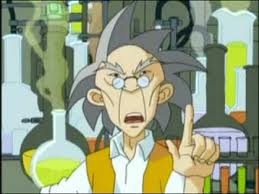 The official release of The Bones of the Old Ones is only a week away now, and there will be more and more news about the book in the coming days.

First, a reminder about the Goodreads giveaway. It’s still not too late to enter into a contest to win one of three signed copies of both The Desert of Souls and it’s standalone sequel, The Bones of the Old Ones, by clicking on this link.

Second, I have a lengthy interview over at Fantastical Imaginations that went live over the weekend, where I wax on about the writing of this series and some of my favorite writers, living and dead.

Third, over at Black Gate is a sneak peek at the first chapter and a half of The Bones of the Old Ones. Or chapter and two thirds. I forget where exactly I set the cut-off point.

One more thing. Bones is still available for pre-order through many fine outlets. If you follow this link and scroll most of the way to the bottom, the book can be ordered through Macmillan, Barnes & Noble, Powells, Books A Million, Indiebound, Amazon, or Walmart.

I have mostly been using my spare time for promotional stuff, but when I’ve had a brief breather (moments before stumbling into bed) I’ve been finding refuge in my pulp adventure fiction collection. I have a few treasures I’ll be posting about later this week. Adieu!