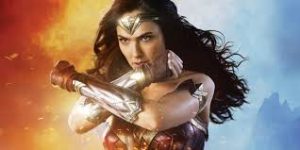 We finally slid away to catch Wonder Woman this weekend and it was far better than I expected. Some people talked about rough dialogue and others complained about special effects (I never understand that, really – how do those people get by when they’re seeing old movies, or attending the theatre?). Others said it wasn’t as good as the hype.

I figured I’d end up coming away in agreement with all three, because A.) most science fiction/fantasy shows end up with slavish devotees regardless of a show’s quality, and B.) people wanted to like it. But I found it an enjoyable and exhilarating and sometimes moving summer blockbuster. It achieved everything that the first Captain America managed occasionally to do (or, more fairly, throughout its first half and sporadically thereafter) and did it over the course of its entire run.

I wasn’t entirely convinced by the villain, but that’s not so much the film’s fault as the back history the character is saddled with from the comics. I wasn’t entirely clear about how Wonder Woman’s powers developed or what made them more or less awesome throughout. But I really liked her character, and her character arc, and her decision points, and her relationship with Steve Trevor. The characters were so likable and earnest and good. Ye God, but it was nice to see a movie about decent people determined to do the right thing, even at cost of their own lives and at risk of their careers. Pine’s Trevor was more Kirk-like than the nuKirk scripted into the Trek reboot movies.

(As an aside — I loved that Wonder Woman had to TRAIN to earn her martial prowess, that she wasn’t just destined for greatness, and that she had to achieve wisdom through suffering and experience. Duty and responsibility, people. We need to see more heroes that remind us of that.) 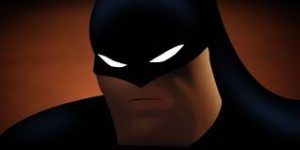 I walked away feeling good and wishing my daughter hadn’t already headed off to be a camp counselor, because I would have liked to have heard her reaction. It was the best DC movie I’ve seen in years, possibly the best yet. Certainly it seems the truest to the conception of the character, so DC finally got that right. Superman is NOT a killer, nor is Batman, and Batman’s super power isn’t that he’s rich, it’s that he’s the smartest man in the room and that he never, ever gives up. The only media depiction that’s ever gotten THAT right was the Batman Animated Series and its spinoffs, and I wish that the movies would cue off of them.

Marvel gets that a lot of the people coming to see these films wants to see the hero that they remember from the comic books, not someone’s reinterpretation. Maybe DC will finally clue in.

And perhaps it’s obvious, and I’m sure it’s been discussed in far greater detail in other places, but it was great to see a woman action star in the lead, playing a character that women would want to emulate. When growing up I had the X-Men and Captain America and The Falcon (well, The Falcon, really, because notwithstanding I was a really pale white kid I wanted to be him more than Cap) Captain Kirk and Luke Skywalker and Conan and James Bond and God alone knows how many others.

My wife didn’t have anything close to that range of choice. I think future generations of women will be far better off. It surely matters that a woman directed the movie, yet I hope for a day when a woman director will be so common that it won’t even be worth remarking upon.