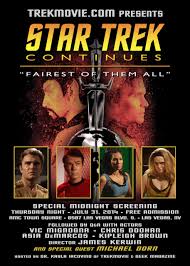 The thing I’m MOST looking forward to this evening is a viewing of the new Star Trek: Continues episode titled “Fairest of Them All,” set as a direct sequel to the original Star Trek fan favorite episode, “Mirror, Mirror.” The only reason I’m holding off watching it is because I want to see it with the wife and family. If you don’t have to wait, go check it out now! The last two have been wonderful, as I’ve gushed about elsewhere.

Second, for Father’s Day what I most wanted to do was some gaming with the family, so we kicked back and I ran three solo episodes of monster hunters in the 1600s (sort of like Supernatural, but with characters wearing pilgrim era garb) and then ran an episode that got everyone together. 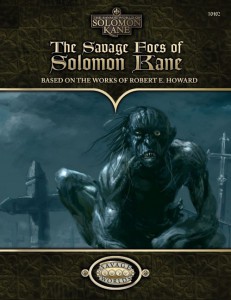 We had a blast. We’re really enjoying the system. Some of the simpler episodes I was decrying for, well, simplicity in my review last week, worked great as solo starter scenarios. I’m loosely following the Plot Point campaign from the book but creating master villains in various areas who are manipulating matters behind the scenes, thereby providing a little more connectivity.

If you’re not a dice gamer, the easiest way to explain the joy of a game is to say that it’s like guided group storytelling, with one person, sort of like the master storyteller, helping set the scene and knowing what the villain’s secret plans are and what his tomb looks like, etc. (assuming a horror campaign). The other players are free to move through the story as they want, tracking down clues, talking to people, and making choices. Sometimes, as with the episode I ran late last evening, they can jump straight through to the conclusion rather than going through all the challenges you intended because they found the clues in a different order.

It’s improvisational theatre (though we sit at a table), with governing rules and limitations, and requires a lot of off the cuff ad libbing. And, as I said, a good story can be a great deal of fun. It’s looking like Savage Worlds Solomon Kane is going to be entertaining us for a good long while. 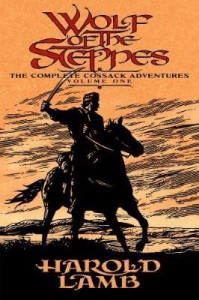 As an aside, I’m not sure why I never noticed that Robert E. Howard’s Solomon Kane and Harold Lamb’s Khlit the Cossack are wandering the earth at the same time. That two such great adventurers are stalking the wilds just about begs for a crossover, and it makes me wonder if REH was influenced at all to write of that century because he was loving Lamb’s Cossack stories. Possibly. He IS on record as naming Lamb as one of his favorite writers. But then Kane spends most of his time in Africa, which is one place Lamb almost never wrote about, apart from Egypt.

I’m not sure I have the chutzpah to actually write a story that features creations of two of my very favorite writers, but as two of the characters in my campaign have already met Solomon Kane, I can definitely see that an encounter with Lamb’s Khlit the Cossack will take place at some point in the table top game.