On Saladin Ahmed, and How He Rocks 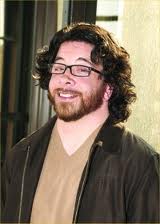 Two years ago I was talking with the brilliant and charming Mary Robinette Kowal at DragonCon about my upcoming novel (The Desert of Souls, not The Bones of the Old Ones, which wasn’t even written yet) and she happened to mention that another fellow had been writing stories about a duo of Arabian fantasy characters fighting things man was not meant to know. I feigned polite interest, but I knew a sudden chill. That was my thing! Who was this other guy?

Well, it turns out his name is Saladin Ahmed, and at this point you’ve surely heard of him. He’s talented, gracious and damned funny, but I didn’t know any of that two years back. All I knew was a fear that someone was doing my shtick. What I didn’t know is that he’d heard about Howard Andrew Jones in much the same way, with a similar reaction (when we traded stories at ConFusion he mimed the moment of learning about me by shaking his fist at the heavens and cursing my name). We had a good laugh.

We’re not doing exactly the same thing, what with me writing in a fantastic 8th century and him writing in a secondary world, but we do seem to be among the few modern writers engaged in the creation of “Arabian Fantasy.” Rather than thinking of him as a competitor, as was my first terrified thought, I have come to think of him as my sword-brother. Not just because we value a lot of the same features in our fiction — and I mean beyond the obvious — and not just because he’s a gifted writer, but because he’s the kind of friend who’s got your back. 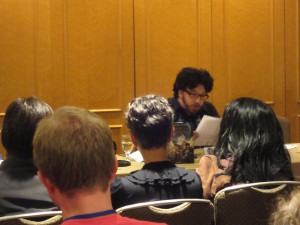 Saladin in the midst of a stirring narrative.

As an interested and slightly worried acquaintance I had heard him read from Throne of the Crescent Moon at the World Fantasy Convention in 2010. As his friend I got to hear him read his new short story, “Without Faith, Without Law, Without Joy” at Worldcon last Saturday. It was the first time I’d heard the work, and I was greatly impressed not just by his delivery, but by the story itself. He was aided by historical re-enactor Tom Nanson, reading from Spenser’s Faerie Queen with great authority and proper diction (not to mention a fantastic costume).

The story addressed the de-humanized portrayal of the Muslim antagonists in Spenser’s great poem with a moving and haunting view from the other side of the tale. In the poem, the brave English knight faces down and kills three heathen knights who might as well have been cardboard cutouts. Saladin gave them names and histories and more, and, as I told him after the reading, just at the moment when you are afraid you know too well how the tale will end he delivers a powerful and uplifting conclusion. I dare say no more without spoiling it for future readers, but I was a little choked up with the final words. 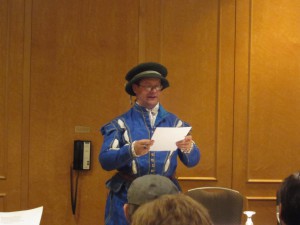 Judging by the enthusiastic reaction from the standing-room-only crowd, I wasn’t alone.

There are scads of western-based fantasy series on bookstore shelves, but you can count all the modern Arabian fantasists on one hand. I am heartily glad one of them is Saladin. And I am proud to call him friend.