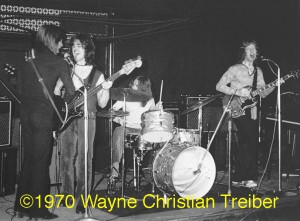 Here’s a tasty alternate Badfinger track for your enjoyment, on the occasion of me being super busy with too many spinning plates.

Hope your own week is going well! 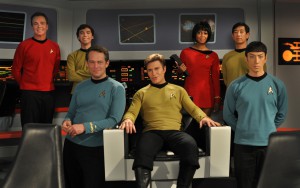 I don’t know how it is for people growing up today, but as a child of the ’70s I ended up growing up with the ’60s all around me. Sure, there were ’70s TV shows, but there were an awful lot of ’60s reruns on the television, and the music from the ’60s was still in the air. When I think of my childhood I remember the jangly guitar of the mid ’60s rather than the disco of the ’70s, and I remember the thrill of watching original Star Trek.

It should come as no surprise then that I’m excited when the lovingly crafted Star Trek Continues releases a new episode (one of a final few, alas). You can find it here.

And I was just as thrilled to discover that one of my favorite modern song writers — someone well acquainted with jangly guitar power-pop (Adam Schlesinger of Fountains of Wayne) — oversaw production on a new Monkees album. I couldn’t believe how well Micky Dolenz’ voice has aged. Released last year, I only learned about it yesterday morning. Here’s a track.

This was almost like discovering these things I love again for the first time, and both brought a smile to my face.

‘Tis the first day of winter. We should be seeing some icicles any day, if we haven’t already… 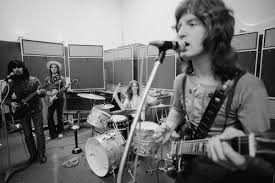 The late, great Pete Ham died in 1975 by his own hand one night after drinking an absurd amount of scotch, crushed by the bankruptcy engendered upon him by a crooked business manager. His best friend, the talented Tom Evans, always thought that Ham must have changed his mind at the last minute owing to the way he found the body, but we’ll never know, and we’ll never know what the two might have gone on to write together if Pete hadn’t killed himself. Their band, Badfinger, had gotten royally screwed by their business manager but it’s possible that they could have recovered had they turned to the right people for help.

Depression in combination with alcohol is a deadly mix, and it unfortunately led to the death of Tom Evans eight years later. Sometimes, in fits of despair, he would tell his wife or his friends that he wanted to be where Pete was. 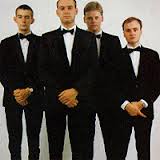 Sometimes I’m driving along listening to the radio, and something incredible comes on. The older I get, the less it happens, possibly because I’ve been introduced to more music and possibly because the radio in our primary vehicle usually identifies the music being played even if the disc jockey doesn’t.

Some sixteen years ago, long before we had ANY vehicles with fancy displays, I was driving around Topeka Kansas and for some reason I had the radio on an unfamiliar station. Out from the speakers rolled this skipping, melodic jazz base line. It was enough to get my head nodding instantly. After the organ and drums kicked in the flute arrived and owned the song with a wailing ear worm of a melody.

After the song was over it was still a few minutes from home, but I recall walking into the house, flipping open the phone book  and calling the radio station to politely inquire what that great song was with the lead flute part.

And the disc jockey introduced me to “Tough Chicken” by the James Taylor Quintet, off of the CD Message from the Godfather. I liked the song so much I purchased the CD (again, long before downloading days). The CD is good, although nothing else on it never thrilled me as much as this number. I hope you enjoy it as much as I did, and maybe you’ll do what I never did and track down more of the band’s music. Hmm…. I see they have numerous additional CDs… 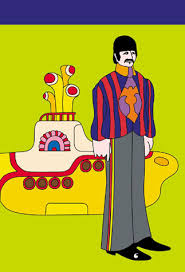 On a long drive the other day, I was listening to “The Beatles,” aka “The White Album” and had some non-writerly non-bookish thoughts to share about it.

Ringo continues to get a bad rap as a drummer. The idea is that he’s just a lovable, average lunkhead thrown in with three geniuses and that anyone could have filled those shoes, but that just doesn’t hold up to close scrutiny. If you listen to Beatles tracks and focus in on the percussion, you can hear how Ringo gives every single song a distinctive sound, so much so that if you were able to tune down the rest of the band you could identify a Beatles track just by what Ringo’s doing. 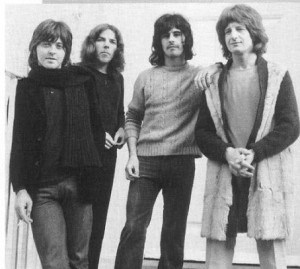 Hardboiled Monday will return next week.

For now, here is “Icicles,” a great and little known cut from Badfinger, off of their fourth album.

A musical break today with one of my favorite bands. Take it away, Badfinger!

I’m pleased to announce that both The Desert of Souls and The Bones of the Old Ones will shortly be available as audio books, courtesy of Audible! I just signed the contract late last week.

Now, presented for your amusement, a fabulous song too few people have heard of, performed by Swag.

And now, the greatest TV theme show ever written for a show that never, ever existed. I bring you “Spider” by They Might be Giants.

And just because I’m in a musical mood today, go check out this great retro track from Gold Motel titled “These Sore Eyes.” In case you realize that it’s awesome, realize that the guiding force behind Gold Motel (and the writer of this particular song) is the gifted Greta Salpeter of The Hush Sound. Incidentally, they have a new album out. Didst thou know? I wish I had known before Christmas…