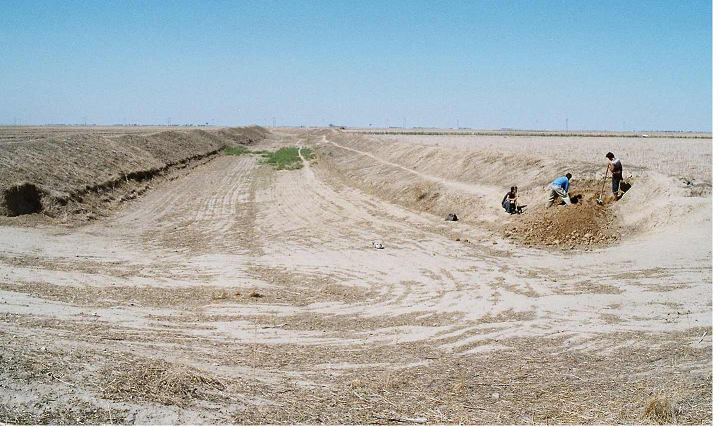 A recent photo from Wilkinson showing the remnant of a Mesopotamian canal.

If you ever think about ancient Baghdad you’re likely to picture a sand-blasted landscape and a city growing alongside the river in a narrow band where the ground is rendered fertile by the water. A least, that’s how I used to imagine it, probably influenced by all the reading I’d done as a kid about ancient Egypt.

But 8th century Baghdad, while it surely was beside the river, didn’t rise up from a desert wasteland. At the time, the entire region was criss-cr0ssed by great canals. The Abbasid caliphate inherited a system that had been carefully managed by the Babylonians and the Persians and a whole slew of prior civilizations that had worked very hard to bring water to the land lying between the Tigris and the Euphrates rivers. That whole “fertile crescent” thing isn’t hyperbole.

Because the Euphrates is elevated several feet higher than the Tigris, the ancient peoples of Mesopotamia were able to set up an elaborate means to bring water to the land between the rivers — vast areas that are windblown and vacant today were once irrigated farmland. The canal remnant shown in the photo was destroyed some time in the 11th century. Imagine it a little deeper, then populate it with flat bottomed boats and other river craft plying their way from the Euphrates to the Tigris. 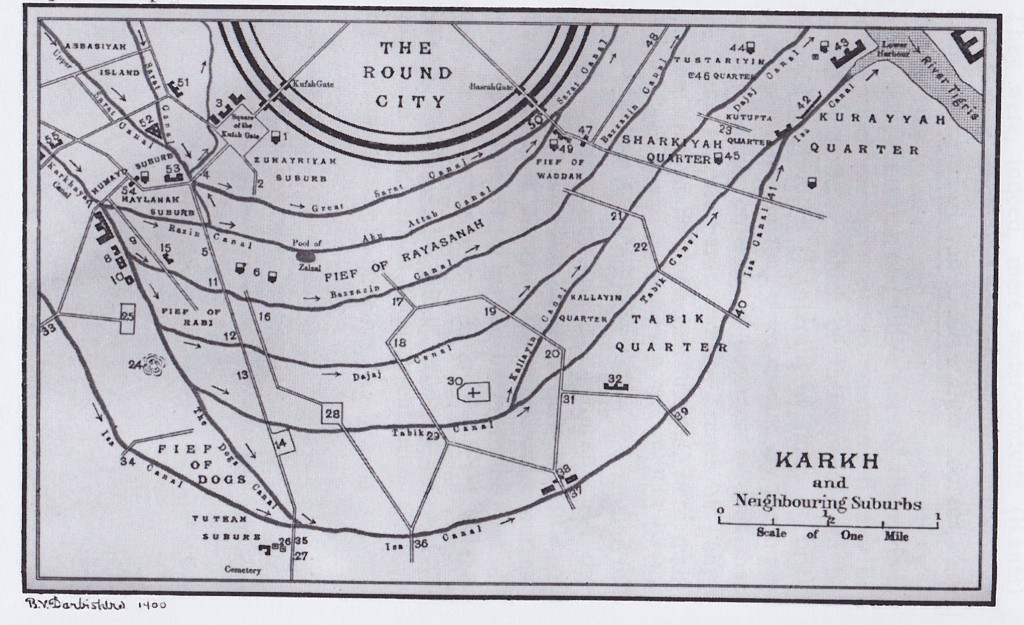 From Guy le Strange’s Baghdad During the Abbasid Caliphate.

Baghdad itself was criss-crossed with canals. The picture above is just the southern half of the city. At first glance it might seem like most of the lines are roads, but MOST are actually canals.

They were used for irrigation, drainage, and transportation. Some were small enough that you could step over them; some had to be traversed with stone bridges. In the early days of the Abbasid caliphate, there was an actual moat surrounding the central portion of the city (The Round City) where the majority of government offices and the original palace was constructed.