Music to Muse By… and Other Questions 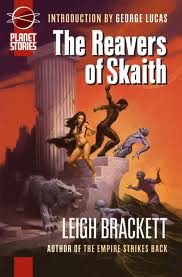 I thought I’d use today’s post to answer a few questions I’ve received.

1. Why didn’t you like the third Skaith book by Leigh Brackett?

First, when I guest-starred over at the SF Signal Mind Meld yesterday, I made an off-hand comment about Leigh Brackett’s Skaith series not ending strongly. Some have written in to ask what I meant by that.

I thought that the final book of the three felt more like a contractual obligation. The second book ends with everything seemingly wrapped up and resolved. The third book finds us in the midst of an entirely new plot, with our main character still stranded on Skaith. It was… underdeveloped, a little rushed. Was it a decent story? Yes. Did I like it as well as the first two books? No. It felt tacked on to the plot I’d been reading through the first two books, which is why I didn’t list it as one of my series picks for best ending. But I still stand by my previous assessments that Leigh Brackett is one of the finest adventure writers we’ve ever had. She is one of my top three favorites… I just didn’t like this book as well.

2. What music do you listen to while you write?

Last week visitor Mick asked what music I listen to while writing, and the sad truth has to be admitted: none. I’m easily distracted while I’m writing. Anything at all can make it easier to notwrite. So, because I love cool computer games (especially ancient tactical games or civilization building games) I own none at all. If they were on my computer, I would play them. And because I started out college as a music major, and still find music theory fascinating, I find it very easy to start analyzing songs while they’re playing (sometimes to see why it’s so good, sometimes to critique it) and then I’m notwriting again.

So, no music while I’m writing of ancient Arabia. As to middle-eastern music I enjoy, there’s one CD I love to listen to while I drive around, but the danged thing turned up missing when I transferred my CDs to the wife’s car during my GenCon drive last week — so I can’t even provide the exact title!

3. What’s with the chickens? 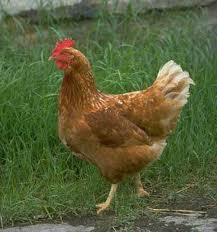 Some of you have noticed a photo floating around of me holding a rooster. (Probably because I posted it.) Well, the in-laws gifted us with about 2 dozen chicks one spring a few years ago. I wasn’t entirely happy with the gift, though my kids were delighted.

I was grumping and grumbly for days because I had to use my rather limited carpentry skills and tools (and for precise cuts, the aid of my friend Brad) to craft a hutch, perches, and other stuff. But it turns out that chickens are incredibly low maintenance, and fresh eggs are markedly better than store bought eggs. The only problem is that EVERYTHING seems to like chickens. Foxes. Raccoons. Dogs. We have to keep a careful watch on them or the poor things just disappear. Frequently, if you’re working in the barn near them and they think you’re going to attack, they just crouch low, which is probably quite convenient if you’re a fox looking for carryout chicken.

As for their disposition, they really are just as foolish as everyone says, although they can be wily when it comes to finding a way to get to food. You occasionally hear about how mean chickens and roosters can be, but because my kids handled the chicks a lot when they were little, none of the chickens chase us or object to being picked up — at least by us, even the roosters. The roosters were real scrappers, though. Both perished in a fight with something, probably a fox. Judging by all the fur we found by the carcasses, it must have been some battle.