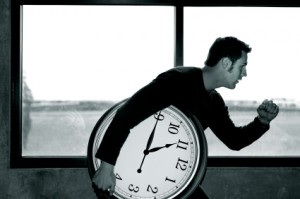 I’m deep in revision, so there may be a little radio silence here for a while.

I’m head down over the second pass of the second Paizo novel of the summer, smoothing out the rough draft and groaning at the bad stuff. Occasionally I happen upon a chunk of text I like so well I can hardly believe I wrote it, which is always a nice surprise. Will I complete it and a final, third pass, by the end of September? Will Lassie warn the firemen? Will the sherif stop the stagecoach? Probably.

I’ve been talking with Chris Hocking about taking the magical list of noir live even as I read deeper and deeper into its depths. He’s fully on board, but neither of us want to just drop it onto the web site without any kind of word of explanation. It’ll probably come out as a kind of back and forth discussion between the two of us, with a little bit of info on each book and what makes it worth reading, and, possibly, our differing reactions.

Now I’m casting around for some kind of equivalent list of the best westerns. There are an awful lot of western novels out there — how do you know which ones are good? I’ve had some people tell me to just read anything by L’amour. I read one, found it good, but it didn’t blow my socks off, so I don’t know if I just caught an average one or if it’s typical. It wasn’t like Haas (Benteen) where I just had to track ’em all down. I remain open to suggestions. The great thing about this noir list, though, was that it came from someone with very similar taste, so it was ideally tailored for me. I wonder if I’ll be able to find someone like that similarly well-read in the field of westerns.

In other news I have a pile of gaming stuff I need to review, but that will probably happen over at Black Gate. For now, adieu. I’m going to get back to the manuscript.