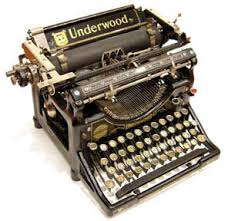 I had a great writing epiphany yesterday morning, and I’ll be darned if I can find a way to apply it globally. I tried explaining it to Hocking earlier today as I was running some errands and yammered at him on the phone. Often talking story over with him brings clarity, but the more I talked, the more I realized how much I didn’t really know why the idea made so much difference to the work in progress.

I’ll try, though, on the off-hand chance it will help you other writers.

I’ve been chipping away at the middle of the book, with a new(ish) viewpoint character. She’s been a minor background player in the books until now, but I needed a new perspective on what was happening, and so for about 30 thousand words you get her. The problem was that I didn’t know her very well. Like a dutiful writer, I pulled out my character creation guide (designed by yours truly) and filled it out, and it helped enough that I was able to finish a roughish draft of 20k. Her personality came into more shape as I polished it up on second pass (and the word count rose), but it still felt like something was missing. How, I wondered, was she different from the other view point characters. Was she interesting? Was she likeable, and if not, was she at least interesting to watch? 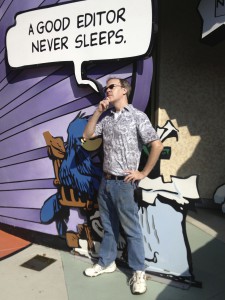 I wasn’t sure, but the plot was working, so I kept slugging away. And then yesterday morning as I was washing dishes — something Agathie Christie swore by for plotting, actually — it hit me. And here’s the part where it totally worked and everything fell into place, but my explanation just sounds lame. She’s an artist. Suddenly I knew what she was doing in her downtime. Suddenly I knew her perspective, and had a better handle on her personality. Her section began to click, along with her relationships to other people that would bring everything to life.

I don’t know what can be applied broadly from the epiphany. The answer is not: make your character an artist.

Maybe the answer is get to know your characters a lot. The more you know them, the better you can bring them to life, but I knew that, and was trying to do that from the start. Today I’m not even going to finish turning the back third of this into “second draft.” I’m going over the first two thirds and use this newfound insight to bring her to better life, and by the time I get to the last third I’ll be making the whole thing third draft, if that makes sense. In other words, two more full drafts won’t be needed on the rough of the last third, because I’ll have found a way to polish it properly the first go over by knowing my character.

Tomorrow I will ramble less.