Racing for the End 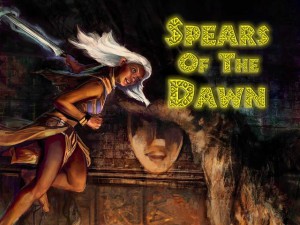 I used to think that being a writer was glamorous, but now I realize it mostly consists of me staring at a computer screen and typing. Or pacing back and forth. Now I realize that holding a book that you wrote is awsome, and getting to create stuff for your living is way cool, but that the PROCESS isn’t remotely glamorous.

Anyway, as I get closer and closer to wrapping up my next Paizo book, I’m afraid the web site is looking a little fallow.

Here’s what I’ve been thinking about while not writing.

First, I’ve been watching a little Firefly with my wife and son (my daughter has given up, saying she doesn’t like cowboys in space. Yeah, I know… oddly enough, though, she doesn’t mind the original Star Trek, despite its age, which is just fine with me.) There isn’t much Firefly, of course, but we’ve been stretching it out. One every other night or so. 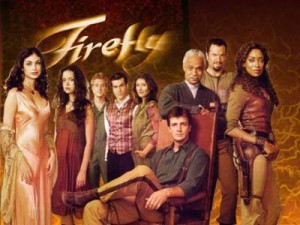 Second, I poured a bunch of effort into creating an epic jungle hex crawl campaign to run with the family and I’m afraid while my wife thought it was pretty cool it didn’t exactly captivate the rest of the family. So, rats. It’s going back on the shelf. The kids are wanting to try something supernatural, so I think I’m going to run some Solomon Kane, Savage Worlds style. It’s a gorgeous book. I’ve played some Savage Worlds before and enjoyed it, so I’m looking forward to trying it again. A new gaming friend, Scott Carter, pointed me to a site that helps explain the whole “shaken” status a lot better than it had been explained to me in the past. It’s here, for those of you who are savagely curious.

Third, I was really looking forward to the next X-Men movie. A lot of people loved it, but I’m afraid I just didn’t think Magneto was scripted as intelligently as he had been in First Class, so I ended up walking away disappointed. I ended up thinking I should just have watched the second Captain American movie again, which I thought was one of the finest superhero movies I’ve ever watched.

Fourth, Spears of the Dawn is an excellent, excellent game setting. One of my favorites, ever. I hope to give it the time it deserves in a forthcoming review. As a matter of fact, there are a number of things I’d still like to tell regular visitors about, including the spectacular Wade/Miller noir writing team. And I have a stack of books I want to read. But, as I mentioned a few weeks back, it’s a lot easier reading non-fiction than fiction when there’s a deadline so close.