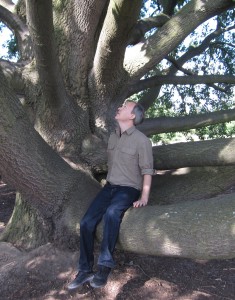 I played a little with it in my first Pathfinder novel, then experimented even further with the second, switching point of view every chapter, being careful to give each character something interesting to do as the camera changed to their perception at the same time the plot advanced. Because the characters were all together rather than split off on separate quests, it was necessary to write the events chronologically. 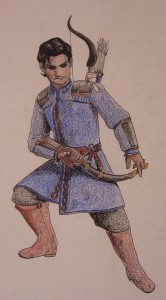 Now, as I revise this second book of the new series, I’m experimenting with sticking with the same process, even though it means writing things out of order. I’m leapfrogging over important events that are taking place in a second character’s arc and jumping to events taking place days later so I can keep working in the first character’s point of view. When I’m done with him, I’ll start work revising her arc. Why? Well, I find one of my struggles is to find each character’s voice. It can be challenging sometimes to slide “into their head” if I’ve been away for a while. It can sometimes cost me hours or even days to get it back. Obviously, if I’m constantly switching back and forth during composition and revision it causes more lost time than if I only make the transition once with each character.

If I stay with that one character I don’t have to remind myself who they are or what their agenda is, and I can keep on making progress. Right now, this seems to be working.

There are dangers, of course. One is that I’ll neglect to keep something in mind that’s happening elsewhere, or that when I write some other point of view that I’ll come up with something that will later impact the sections I’m working on and have to make changes. But I’m currently focused on polishing the rough first draft into a readable second draft — third draft I’ll be revising it straight through and hopefully providing the final polish. At that point I can address any changes to arcs that come about because of events in other sections.

Will this process work in the long run? I can’t know for sure, but it’s a tactic that seems to be working for this writer at the present, and that’s the important thing. I’d like to think that I’m getting better at this whole writing thing, and I offer the procedure to you in the hope you might find it useful.

Leave a Reply to Deborah A. Wolf Cancel reply