The other day I was asked what the best way to find beta readers was. In short form, you have to network with other writers.

I found my first beta readers when I joined critique groups almost a quarter century ago. Some of those experiences were, at best, useless, so you should never be afraid to walk away from a crit group that exists, for instance, solely to teach ONE way to write, to knock down other writers, or, more benignly, is full of people who only get one genre, and it’s not the one you’re writing. 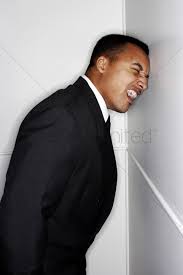 Now you can sometimes get great feedback from a thoughtful reader from outside your genre, but being part of a group that knows nothing about fantasy adventure when that’s what you’re crafting is like beating your head against a wall every time they discuss your work.

Anyway, I joined critique groups. Sometimes I’d be lucky, and there’d be a couple of people in the crit group who had useful and interesting things to say.  I would keep in touch with them, and we’d continue to exchange manuscripts even if the group fell apart.

What then developed, for me, were critique exchanges, or alpha and beta readers. People I trusted to read my work, and people who trusted my own input. Once I started getting published, I’d read the other stories in the magazines where I was printed, and if I really liked the stories, I’d write my fellow author a note. Sometimes we’d really hit it off and I’d discover they liked my work as well, and bam, friendships and critique exchanges developed. That’s actually how I became pals with E.E. Knight and Osprey’s Joseph McCullough.

I’m not entirely sure how you find a critique group these days, but I know that there are writer groups online, so it’s probably not too dissimilar from when I was doing it twenty years ago, and they may even be simpler to find than they were then.

Of course one of my best beta readers is my wife. She wasn’t always as good at it, or perhaps not as good as she is now at communicating her ideas and concerns, but at this point she has great storytelling instincts. My oldest child is turning into a talented plotter as well, and I often bounce ideas off of him. I suppose you could say he’s home grown.

So… it really comes down to putting in some time and forging connections, or maybe taking a generation to train up a useful assistant.