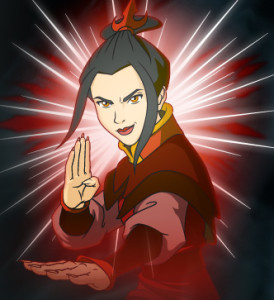 Summer sure has been busy here at Jones central, but it’s been pleasant. My second Paizo Pathfinder novel (second of the summer, I mean, because it’s fourth overall) is rolling along very smoothly (knock on wood), and I’m getting lots of time to spend with my kids.

In the evening when I often draft my blog updates we’ve been re-watching the original Avatar: The Last Airbender series, which is part of the reason there haven’t been as many posts. I’ll share some thoughts on the series soon. I remembered it was good, but I should have remembered it is downright excellent most of the time. (Azula, pictured here, is one of the finest villains in animated history. Honestly, she’s one of the finest villains in ANY adventure story, in any medium.)

The other reason is that I’ve just been plain busy. I’m either writing or doing house stuff. But I’m not going to give you a summer update today. I’m going to share some thoughts I’ve been mulling over about outlining. 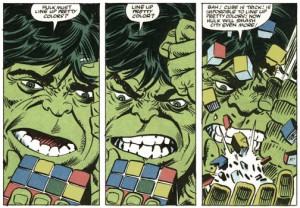 A few of you frequenting Black Gate might have noticed that I interviewed the talented Mark Lawrence the other day. He writes the way Leigh Brackett and Harold Lamb used to write, with very little revision and little to no outlining. It’s an impressive feat but one I myself have given up on trying to emulate. Heck, I still sometimes go off track or get stuck for a few weeks even with a careful outline. I’m not what they call a “seat-of-the-pantser” because it ends up taking me two or three times as long to write a book when I do it that way, which leads to Hulk smash kind of rage.

The method I’ve been using seems to be getting me good results these days. As I close in on the 1/3 mark of this second Paizo novel that means I’m likely to have finished 2 1/2 books in a single year, which is a far cry from what I could do as recently as two years ago. Practice, as they say, makes perfect, although I’d never claim to be perfect. ( I should clarify that in that previous post I mention 4k or more a day, which is impossible while writing with kids at home in the summer and while trying to accomplish a bunch of house tasks. I’m basically writing half or one-third time, which translates into about 2-3k a day.)

Now as to whether an outline stifles your creativity or not, I have some thoughts on that. Mark makes no such claims — we’re in the same camp there in that he seems to feel that whatever works for whatever writer is the method he or she should use. Amen, brother. But I’ve known some creative types who resist the outline, saying it will lead to stagnation. If that’s true for you, then more power to you. Use the method that gets it done.

I have to outline, but if I get to a moment where things aren’t working out, I stop and reconfigure. I don’t like writing about automatons moving at the convenience of the plot, which is one of the things those critical of outlining believe will happen. In the Pathfinder novel I just turned over to Editorial (Beyond the Pool of Stars) the entire outline seemed like it was completely worked out, but somewhere around the two-thirds mark it just didn’t make sense as planned. I actually stalled out for a week or two as I tried to figure out why. 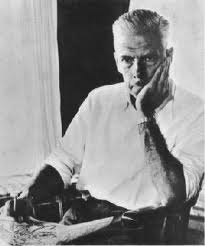 Harold Lamb in the midst of research.

Turns out the problem was my old nemesis, not being in the heads of my characters. Once I went back and thought about what all of the characters were really after, I got through the problem. Something similar happened as early as chapter two in the newest book, but when I described the trouble to my wife she simply asked: “why don’t you have the scene happen at night?” whereupon the outline made sense once more and I could resume work. Sometimes you just need a changed perspective. Or a muse.

Another thing that sometimes happens for me when going from outline to real draft is that characters up and change. A minor character might take on a life of their own, or I’ll figure out how to take some b-player and give her personality so that it infuses the story with more vitality and creates extra scenes that weren’t originally there.

And sometimes I notice other things. For instance, while going over the outline for the newest, I suddenly realized that it was a LOOONG time before one of my POV characters actually got a chapter of his own, so I altered the outline on the fly to give him a chapter sooner. It seems like maybe I should have seen that earlier but, nope, I didn’t catch it until I was in the middle of the process. I think that means I need to scan my outlines a little more carefully still before starting work.

What it comes down to is that I use my outline as a roadmap for getting to my destination, but I’m not afraid to take short cuts, make unplanned roadside stops for local color, or skip one of my planned destinations.

The important thing is that  I get to where I plan to go. I’m aware of others who outline who get it so right the first time they just write their book/story completely as planned. I think I’m more likely to try to be that guy than the pantser guy, given my track record and personal foibles, but my guess is that I’ll always be a little bit of an explorer even if I do get better at outlining. Sometimes my characters just want to stop and do things I hadn’t planned, and if I let them, the story comes more strongly to life.