When I get asked about good resources and research materials on the ancient Middle-East, one book I always suggest is the memoirs of Usamah Ibn-Munqidh, a warrior from the early Crusades who set down his life story when he was a nonagenarian. It’s a short book, but it’s crammed with fascinating insight into the life of a warrior in the 11th century. It’s truly one of my favorite books. Usamah tells fascinating anecdotes on every page, and if he occasionally rambles (which even he admits) you never have to wait very long to get to another great anecdote. At the same time that you’re learning how much more strange and complex life was than might have been assumed, you also see how human the people were who moved through those times.

I decided today to stop using adjectives to describe how great this book is and just let Usamah’s work speak for itself. Here is Usamah telling us about the time he was asked to consider buying a Cheetah:

It is well-nigh impossible to get a leopard to become familiar with humans beings or to act tamely in their presence. I was once passing through Haifa by the coast which belongs to the Franks, when one of the Franks said to me, “Wilt thou buy from me an excellent cheetah?” “Yes, “ I replied. The man brought me a leopard which he had brought up until it became the size of a dog. “No,” said I, “this does not suit me. This is a leopard and not a cheetah.” Nevertheless I was amazed at its tractability and conduct with the Frank (141). 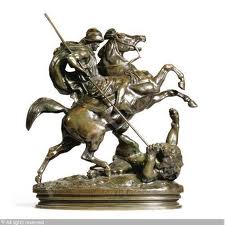 Not interesting enough for you? How about this, a tale of a lion fight and a brave dog.

A lion appeared in our land of Shayzar. So we went out against it accompanied by some footmen of Shayzar, including a slave of al-Mu’abbad, to whom the people of the mountain owed allegiance and whom they almost worshiped. That slave had a dog with him. All of a sudden a lion came out to attack the horses, which galloped away, startled, before it. The lion fell upon the footmen, seized that slave and crouched over him. The dog immediately jumped on the back of the lion, which left off attacking the man and ran back to the thicket. The man presented himself before my father (May Allah’s mercy rest upon his soul!) laughing and said, “O my lord, by thy life, the lion did neither wound me nor hurt me.” Subsequently the lion was killed and the man went back to his home. But that same night he died, having received no wound except that his heart gave way on account of the shock. I have often since admired the adventurous character of that dog in the face of the lion, although all animals flee from the lion to avoid it (137).

Not bloody enough? Usamah talks about numerous battles and hunts over the course of his memoirs, and they ring with the kind of verisimilitude that you’d hear only from a true eyewitness. Here are two more excerpts:

The Batinite rushed on him with the knife, but Hammam struck him with the sword above his eyes. The blow broke his skull, and his brains fell out and were scattered over the ground. Hammam, laying the sword from his hand, vomited all that he had in his stomach, on account of the sickening he felt at the sight of those brains (146).

A mameluke belonging to my father, Yaqut al-Tawil by name, swerved and turned back on his pursuers – as my father and uncle (may Allah’s mercy rest upon their souls!) were looking at him – and smote with his lance a horseman of theirs, who together with another horseman by his side were pursuing our comrades. Both horsemen and both horses fell down. This slave was one addicted to appropriating money for himself illicitly and to committing other wrong deeds, for one of which my father was going to discipline him. But every time my father proposed to discipline him, my uncle would say, “O my brother, by thy life, grant me his guilt, and forget not the lance thrust!” My father would then pardon him because of the intercession of his brother (79). 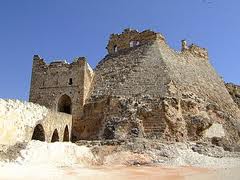 Here’s a memory from the chapter of the book on Usamah’s interactions with the Franks. He just casually mentions that the Templars in this city were his friends, which is something that we would probably assume unlikely or even impossible:

Whenever I visited Jerusalem I always entered the Aqsa Mosque, beside which stood a small mosque which the Franks had converted into a church. When I used to enter the Aqsa Mosque, which was occupied by the Templars, who were my friends, the Templars would evacuate the little adjoining mosque so that I might pray in it. One day I entered this mosque, repeated the first formula, “Allah is great,” and stood up in the act of praying, upon which one of the Franks rushed on me, got hold of me and turned my face eastward saying, “This is the way thou shouldst pray!” A group of Templars hastened to him, seized him and repelled him from me. I resumed my prayer. The same man, while the others were otherwise busy, rushed once more on me and turned my face eastward, saying, “This is the way thous shouldst pray!” The Templars again came in to him and expelled him. They apologized to me, saying, “This is a stranger who has only recently arrived from the land of the Franks and he has never before seen anyone praying except eastward.” Thereupon I said to myself, “I have had enough prayer” (163).

And here is the tale a man who was trying to tell his relatives to get their belongings together and flee. Our stereotypical conceptions of the culture probably would have led someone to assume the scene unbelievable if I myself had written it:

…there suddenly entered the house a person wearing a coat of chain mail and a helmet and behold! It was none other than the mother of his cousin, Layth-al-Dawlah Yahya (May Allah’s mercy rest upon his soul!). She said to him, “What dost thou want to do?” He replied “Take whatever I can, descend from the castle by means of  a rope and live in the world!”  To this she replied:

What a wretched thing thou doest! Thou leavest thy uncle’s daughters and the women of the family to the ravishers and goest away! What kind of life will thine be when thou art dishonored by thy family and when thou fleest away, leaving them? Get out, fight in behalf of thy family until thou art killed in their midst! May Allah do this and that with thee!

And thus she (may Allah’s mercy rest upon her soul!) prevented him from flight. After this he became one of our noteworthy cavaliers (153).

The book is loaded with astonishing and interesting tidbits, and almost all of them are as engaging as those I’ve detailed here. Here are three more stories to give you a sense of the variety to be found within. 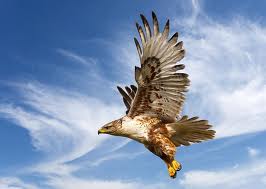 First, the excerpt from a longer section about the best falcon Usamah ever knew, indeed, one so honored it was buried in a small coffin when it finally died.

When we entered the house, my father would say, “Fetch me a bowl of water.” They would fetch him one and he would offer it to the falcon while it was still on his wrist (may Allah’s mercy rest upon his soul!). The Falcon would drink from it. In case it wanted a bath, it would shake its beak in the water – which would indicate that it wanted to bathe… The falcon would go down to it and sleep. It would remain among us sleeping on the fur until late in the night, at which time my father would want to retire into the harem’s apartment. He would then say to one of us, “Carry the falcon.” And the falcon would be carried as it lay sleeping on the fur until it was placed near the bed of my father (may Allah’s mercy rest upon his soul!) (233).

Second, the anecdote of an amazing escape after some conspirators inside a city tried to lower ropes over the walls to let in some of the besiegers. The city guard catches on, and the plot fails.

They fell upon the conspirators and killed some of them; others threw themselves over the walls. Some of them they seized. As one of those who threw themselves over was falling down through the air, he stretched out his arm, as if seeking something to take hold of, and his hand fell upon one of those ropes which had been suspended in the early part of the night and up which nobody climbed. So he hung to it and escaped alone of all the company. But the skin of his two palms was stripped off from contact with the rope. All this took place in my presence (113).

Lastly, here’s another animal tale, of which there are many.

In the church in Hunak was a window forty cubits high. Every day at noontime a leopard would come and jump to the window, where it would sleep until the end of the day, at which time it would jump down and go away. At that time Hunak was held as a fief by a Frankish knight named Sir Adam, one of the devils of the Franks. Sir Adam was told the story of the leopard and he said, “As soon as ye see it, let me know.” The leopard came as it was wont to do and jumped into the window. One of the peasants came and told Sir Adam about it. The latter put on his coat of mail, mounted his horse, took his shield and lance and came to the church, which was all in ruins with the exception of one wall which was standing and in which the window was. As soon as the leopard saw him, it jumped from the window upon him while he was on his horse, broke his back and killed him. It then went away. The peasants of Hunak used to call that leopard “the leopard that takes part in the holy war” (140).

So there you have it, a few samplings of An Arab-Syrian Gentleman & Warrior in the Period of the Crusades, by Usamah Ibn-Munqidh, as translated by Philip K. Hitti, published by the Columbia University Press. It goes in and out of print, but on those occasions when new copies are unavailable, used copies are plentiful and inexpensive.