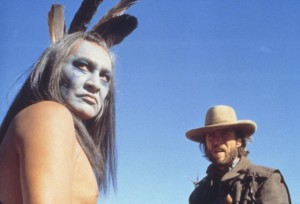 Right now I’m still cooking away at my newest Paizo novel. I was nearing the conclusion when I decided my time would better be spent shoring up all that came before, and after a week of this I’m getting more and more happy with the result. I’m pretty sure that anyone who enjoyed the first one, Plague of Shadows, will like this one even more.

It being crunch time for this book, I’m not working on much else, although I haven’t been able to resist spending a little time on proposals for some pretty exciting secondary world fantasy novels. Some of you may not want to hear this, but thinking about settings that won’t require a whole slew of research (either via history books or gaming books) to bring to life is starting to feel quite liberating. Instead of worrying that I’ll have missed some key point of ancient Middle-Eastern culture or left out some important Baghdad landmark, I might just be able to make something up.

You might be wondering why I have another pic of Ten Bears on my blog. Merely because the conversation between Ten Bears and Josey Wales is one of my very favorite moments on film.

Right, well, that’s about all I’ve got. I’ve been re-exploring some of my favorite Robert E. Howard stories, and I’ll have some notes about those in the next week.