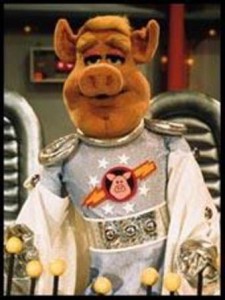 Writing advice is plentiful and so cheap it’s, well, free. But every now and then I stumble upon some well-written counsel. I found some the other day and thought I’d pass it along.

I know little about Teresa Frohock other than what can be found on her About page, but I was much impressed by the words of wisdom she offered to debut author Zachary Jernigan. Follow this link to read ten fine points for new and aspiring writers.

Apparently Thursdays are Link days, because I stumbled on two other interesting articles I wanted to pass along. The first is all about how brainless slime molds navigate mazes. Let me restate that. These are things that don’t have brains, yet they are making decisions. It’s a quick and interesting read.

And now for a read that’s not quick but still very interesting, an in-depth look at some modern philosophers. Wait — before your eyes glaze over, these fellows are contemplating the future of the human race, extraterrestrial intelligence, and all sorts of fascinating stuff. Here, rather than summarizing, I will quote its author, Ross Andersen, directly. The article is definitely worth your time.

In the past decade alone, science has discovered that planets are ubiquitous in our galaxy, and that Earth is younger than most of them. If the Milky Way contains multitudes of warm, watery worlds, many with a billion-year head start on Earth, then it should have already spawned a civilisation capable of spreading across it. But so far, there’s no sign of one. No advanced civilisation has visited us, and no impressive feats of macro-engineering shine out from our galaxy’s depths. Instead, when we turn our telescopes skyward, we see only dead matter, sculpted into natural shapes, by the inanimate processes described by physics.

Robin Hanson, a research associate at the Future of Humanity Institute, says there must be something about the universe, or about life itself, that stops planets from generating galaxy-colonising civilisations. There must be a ‘great filter’, he says, an insurmountable barrier that sits somewhere on the line between dead matter and cosmic transcendence.

Before coming to Oxford, I had lunch with Hanson in Washington DC. He explained to me that the filter could be any number of things, or a combination of them. It could be that life itself is scarce, or it could be that microbes seldom stumble onto sexual reproduction. Single-celled organisms could be common in the universe, but Cambrian explosions rare. That, or maybe Tsiolkovsky misjudged human destiny. Maybe he underestimated the difficulty of interstellar travel. Or maybe technologically advanced civilisations choose not to expand into the galaxy, or do so invisibly, for reasons we do not yet understand. Or maybe, something more sinister is going on. Maybe quick extinction is the destiny of all intelligent life.

Humanity has already slipped through a number of these potential filters, but not all of them. Some lie ahead of us in the gauntlet of time. The identity of the filter is less important to Bostrom than its timing, its position in our past or in our future. For if it lies in our future, there could be an extinction risk waiting for us that we cannot anticipate, or to which anticipation makes no difference. There could be an inevitable technological development that renders intelligent life self-annihilating, or some periodic, catastrophic event in nature that empirical science cannot predict.

Ross Andersen’s article can be fount in its entirety over at Aeon.