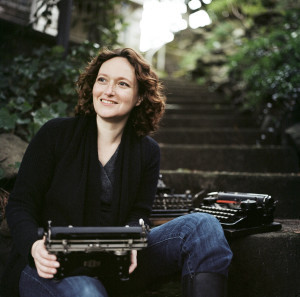 Mary Robinette Kowal, in her intelligent, well-mannered way, has launched the most even-handed discussion of the recent Hugo debacle that I’ve yet read. Admittedly, I haven’t scoured the web to read EVERY essay or report about the current mess, but I’ve remained up to date. You can find Mary’s essay here, and the remarks in the comments section are worth reading as well, for most of the contributors from both sides of the debate remain respectful.

I use the term “both sides” loosely, because there’s not truly an either/or divide, as much as some would like to believe, or would like others to believe. I appreciate that Mary recognizes this. 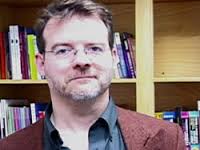 I think John O’Neill, over at Black Gate, has also dealt with the Hugo conflict well. Honestly, I think it’s a crime that O’Neill’s been doing yeoman’s work with Black Gate for more than a decade (before I joined and after my departure) and that he has never gotten on the nominating ballot until now. That has long suggested to me that there IS bias at work within the Hugo nominations, although I’m not ready to say that there’s a cabal. I object to voting blocs of any kind, and there are accusations from some of the people who put their various puppy blocs together that “the other guys did it, so I’m doing it too” which doesn’t win points with me. It doesn’t mean I like the thought that the other guys did it, though. 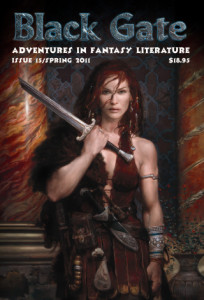 I think some of the reason the nominations float the way they do doesn’t have as much to do with blocs or cabals as taste. I noticed years before that magazines didn’t seem especially attracted to adventure anymore and that they preferred character centered or literary fiction for the most part, which has never interested me very much. It seems like just yesterday, but I realize now it’s been nearly fifteen years, when I was writing short adventure stories and looking for places to put them and finding very few. I wasn’t alone. These days sword-and-sorcery and heroic fiction is a lot more popular, albeit a little more grim, and is easier to find, but I think that the movers and shakers are still frequently more interested in message than story. You can probably cite some examples where I’m wrong, and that’s great, but I think those are more the exception than the norm.

I certainly don’t feel that the white man has been under represented, but I have sympathy for the notion that there’s not enough adventure in a lot of what comes up for the vote. That said, for years tastes swung a different direction, and I expect the needle will shift around every generation or so. Not TOO long ago the stuff that’s popular now couldn’t get a seat at the table. 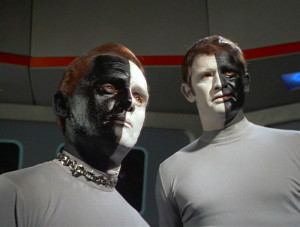 Me, I’ve always liked my message fiction to have a good story to go with it. Consider, for instance, the original Star Trek episode “The Devil in the Dark,” which is a cracking good alien monster hunt story that also addresses prejudice. Then compare it to the later Star Trek episode with the half-white/half-black guys who hate each other because one’s black and white on one side and the other’s white and black on the other. They both have messages, but one is a helluva lot more subtle and tells a much better tale. Still, some people like the one more than the other, and like it better, and I guess it comes to taste. That’s not to say all message or experimental fiction is only as good as a schlocky tv episode of a pulpy TV show, just that some message fiction seems to BEAT YOU over the head with the point and forget the story and get praises anyway.

I digress. I am super pleased that Black Gate is on the ballot, and irritated that it will probably get swept away under a tide of No Awards because of how it got there and I’m further irritated that it took so long for the establishment to notice how hard John’s worked, thanklessly, for so many years… except, wait, the establishment DID NOT recognize O’Neill — he only got on through this bloc vote thing, which I really don’t like. Sigh.

If I were to receive a Hugo (as if!) as the result of a voting bloc, I’d feel compelled to return it, and I think that’s what Matthew David Surridge was saying. On the other hand, John O’Neill and his staff deserve attention and  acknowledgment, and they deserve the nomination, so I’m left feeling confused. (Keep in mind I’m busy enough with my own stuff that I’m only tangentially connected to BG anymore, so I’m not patting my own back.)

Rather than forming an opinion and wandering online to discuss it I think I’m just going to stay muddled, shrug my shoulders, and get back to work. If you want to talk about it here, feel free, but keep it civil. Remember the rules.