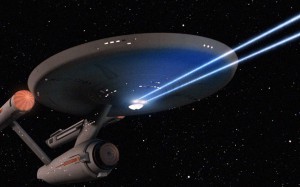 Trek week continues on Jones central for the whole week of my birthday. Regularly scheduled posts will resume next week. Be warned: if you’re not a fan of the original show, your eyes may glaze over.

I’ve spilled any number of kilobytes of data about how much I’ve been influenced by writers like Leigh Brackett, Harold Lamb, Robert E. Howard, Roger Zelazny, Fritz Leiber, C.S. Forrester, Saki… the list could go on. Yet I’ve seldom discussed the influence of my first great fictional love, the original Star Trek.

I was 4 in 1972. My friend Mike Boone gave me the first phone call I’d ever received and told me that the “new show” he’d told me about was on (we were 4 and probably didn’t know about re-runs) and my dad allowed me to flip the channel. There were Kirk and Spock, beaming down in the episode I later learned was titled “Patterns of Force.” To make a long story short, my little mind was blown, and pretty soon I was a fan for life.

I couldn’t see the sexism, any more than the women on the show, who apparently found the miniskirts liberating. I didn’t even notice the cheese, and I certainly didn’t perceive much problem with the special effects, which in ’72 were still pretty cutting edge. What I saw at age 4 and for years to come was a band of people from different cultures who worked together to overcome adversity and had amazing adventures. 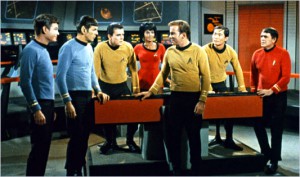 When I first started trying to write stories it should come as no surprise that I tried writing some Star Trek. By the late ’70s there were original Star Trek novels out there, many of them pretty bad, so I figured if they could do it, so could I. Sometimes I wrote about the familiar characters and sometimes I wrote what’s now called fan fiction about my own crew aboard the starship Yorktown, which I decided was the only other Constitution class ship that made it back from its five year mission mostly intact.

By the end of high school I finally came face to face with the fact that some of the show’s special effects were dated and that some of the episodes were a lot better than others (almost all of the shows in the third season are quite weak, but there are some stinkers in season 1 and 2 as well) and that there were a whole lot of little issues that made the whole thing unravel if you thought about it too hard. But even though I might have made surface noises about the show’s problems, I still loved it. I grew to realize that more than anything, even, perhaps, more than a novelist, I wanted somehow to be the story editor on a new Star Trek series. That may still be my dream job even today. 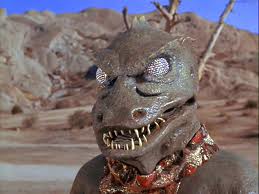 When my good friend Bruce brought the first episode of Star Trek: The Next Generation, which he’d taped off of a Canadian station before the show was available for viewing here in the US, I was thrilled, even if, when asked if it were good, he said only “well… it has potential.” Yeah. On viewing, that was kind of my feeling as well. I watched faithfully for the first year and then pretty much gave up. I’m told that by the fourth season it got pretty good, and I’ve caught individual episodes from later on that were enjoyable, but I never got heavily invested, and I was busy enough later in life that I never got sucked into any of the other series. Maybe I was always irritated that it took at least three years for the Next Generation to get good, and my favorite show got lobotomized after only two.

As the years rolled on I’ve kept thinking about the original Star Trek from time to time, and how I would handle a reboot were I ever so lucky as to take the reins as series story editor. And for the rest of the week I’m planning to subject you to those thoughts.