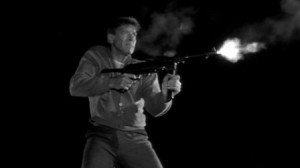 At GenCon Lou Anders rightly called me out on one of my bad habits. You see, I have a tendency, when discussing favorite writers, to only discuss those who are dead or near forgotten. Part of that comes from me having spent so much time unearthing the pulp fiction of Harold Lamb and exploring the work of his contemporaries (I wrote my master’s thesis on Lamb) and partly that stems from me having decided, about 16 years ago, that if I was serious about becoming a good fantasy writer I had to better understand its roots.

Thus I immersed myself in the grandfathers and grandmothers of the genre… and sort of lost touch with what was going on in modern fantasy. I’ve just started to catch up. Anyway, with a nod to Lou, I think it’s long past time in this column to mention one of my favorite modern writers, E.E. Knight.

Eric happens to be one of my closest friends, but he wouldn’t be if we hadn’t happened to have stories published in the same issue of Fraser Ronald’s old Sword’s Edge e-zine. I read Eric’s story, liked it, and wrote him, and we struck up a correspondence. We became friends, and then, when he got his book deal with ROC, he sent me an ARC. Something about Vampire Earth. He was hoping I might get it into the hands of a reviewer at Black Gate, for which I’d just started writing an occasional column. 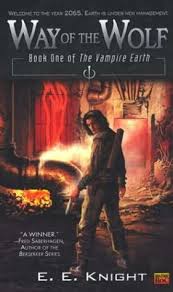 Ye Gods, but I had no interest in reading a vampire novel, but Eric was my pal, so… I read it. And I loved it. Eric’s “Vampires” aren’t cloak wearing Transyvanian counts or sparkly immortal teenagers, they’re life-draining aliens. And the Vampire Earth is sort of like a French Resistance movie with the alien life-draining vampires playing the role of the Nazis. Of course, a lot of folks out there now have never SEEN a French Resistance movie, and the notion that the French are cowards is way, way too prevalent in today’s joke-o-sphere. (Read some history. Or go watch The Train. You’ll find a lot of French heroes.) So maybe comparing the books to a French Resistance movie isn’t enough for a modern audience. Maybe I should say it’s like Aliens crossed with Mad Max… except I’m probably dating myself again. 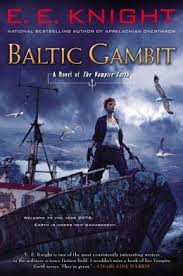 Look, the adventures of Major David Valentine and his extended allies are damn cool stuff. Knight is great with horror, action, and pacing, and he is an absolute master at world building. One of the things I like best about his world building — something I’ve seen few modern authors pull off — is the way he brings individual landscape in as a character. When Valentine visits new regions of the remains of North America, by God, it feels different, just as it does in real life. Southern Indiana feels different from Missouri and Tennessee when I drive through it, and it feels different when Knight writes about it. The adventures Valentine has in different places aren’t interchangeable moments that might as well happen on a hollywood stage set, they are affected and influenced by the character of the land.

Ten books are out now, with a few more on the way, and Knight’s in no danger of dying before he finishes the series with a fantastic climx. Here’s a link to the first one. Go read it.

Now I would tell you about his second series, Dragon Age, and how much I loved it (one of them is among my very favorite modern fantasies) but I have to go write some books.