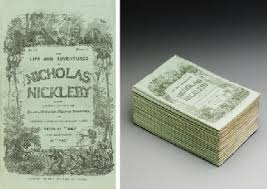 Upon reflection I find that I’ve been poised between the old and the new a lot in the last few days. For instance, while a passenger on the way to the Tennessee Renaissance Festival, I was reading Nicholas Nickleby. Immediately after finishing Nicholas Nickleby I started reading some hard boiled detective short stories from several omnibuses I’ve acquired.

And, of course, I just finished the rough draft of one novel and am getting ready to start work on the slightly less new one I finished a draft of a few months back.

Maybe I could find this kind of old and new parallel every week if I tried, but it struck me as curious. I mean, I guess any Dickens is pretty old, but not as old as the Reniassance, and that the short stories I was reading were at least 50 years old, but not as old as Nicholas Nickelby, so maybe the problem is I’m reading nothing new. 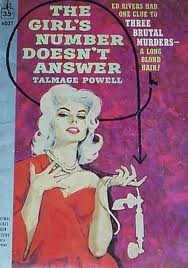 Or maybe there isn’t a problem at all. Most curious, of course, was the pronounced difference in style between Nicholas Nickleby and the hardboiled stuff I tore through over the long weekend. That was deliberate. I love me some Dickens, but those novels are weighty and wandering, two qualities that hardboiled fiction studiously avoids

Much like the last 1/4 of David Copperfield, the last 1/4 of Nicholas Nickelby wasn’t as entertaining as what had come before. It took its time wrapping up, which could be wearying. I also tired of the helpless, rather characterless women — Dicken’s ideal mate for hearth and home, apparently.

On the other hand, there are numerous strengths, first among them being Dickens’ great gift for language and satire, and eye for comedy, and his ability to depict the highs and lows of humanity with great accuracy. Copperfield definitely is a better book, being deeper, but I found myself less annoyed with the final quarter of Nickelby than I was the final quarter of Copperfield, with its great reliance upon the irritating Uriah Heep and the wearying Macawber. I’ve read some who say that the female characters in Great Expectations and Our Mutual Friend have a lot more depth, so I’ll try one or both of them next. Just not right away. 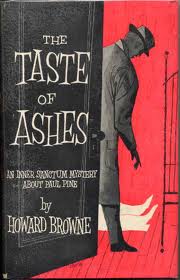 As to that hard boiled fiction, man, reading some of that after Dickens is like taking a punch to the gut. My favorites were Leigh Brackett’s “So Pale, So Cold, So Fair,” Howard Browne’s “So Dark for April,” and Talmage Powell’s “Her Dagger Before Me.” I always love Brackett, but I liked Browne’s short story better than hers, which put me in mind of the Browne omnibus I pre-ordered from Haffner press some year and a half ago. Every few weeks I check to see if it’s been released yet, but it still hasn’t, alas. I know that the cover artist died and that another has been hired, which I sympathize about.

But I do look forward to reading more of Browne’s mystery work, because I’ve been extremely impressed by him so far, as Chris Hocking and I discussed a while back.

Talmage Powell doesn’t have a collection so far as I know, either in print or conception, and it’s a shame. I hope to cover him in depth when Hocking and I return to talking about Hardboiled Monday writers, because he was among my favorites. “Her Dagger Before Me” had the same background setting as his wonderful novels about Tampa private eye Ed Rivers, and in some ways felt like a dry run at the character and setting from  those books, the first three of which I particularly recommend: The Killer is Mine, The Girl’s Number Doesn’t Answer, and With a Madman Behind Me.

Hocking’s a fan of the unsung private eye, and I look forward to having him tell you someday in our hardboiled reviews about just why you ought to read him.