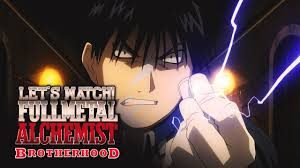 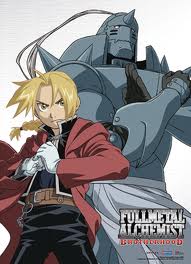 The show that so enthralled me is Fullmetal Alchemist: Brotherhood. The series is set in an alternate world in the 1900s, one very similar to our own, except that alchemy works. Those talented and diligent enough can transform matter from one state to another — fix a broken radio into one that works, or transform a metal bar into a sword. The story’s protagonists are a pair of young brothers of tremendous talent who used their powers to commit the ultimate alchemical taboo: they tried to bring their dead mother back to life. They paid a terrible price when the transmutation went horribly wrong, and spend much of the series trying to put things right.

As the young men search for solutions, they uncover  hidden layers to the way alchemy, their country, and their world, truly work. As the mysteries deepen, so do the characters and the world. I really don’t want to say much more for fear of ruining the many unfolding surprises.

If, like me, you’re unused to anime, there are a few caveats. There are occasional odd tonal shifts. For instance, when characters feel a really strong emotion (like anger or sadness) they’re often briefly transformed into caricatures of themselves, with exaggerated features. Some of the humor doesn’t translate and comes off as a bit goofy, and characters do sometimes speak over dramatically or are too revealing of their motivations when they talk. I wasn’t sure what to make of it after the first one or two shows, but kept watching… and I was glad I did. Most of the time it works, and overall it works brilliantly. Male and female characters are given strong roles, and face difficult choices. 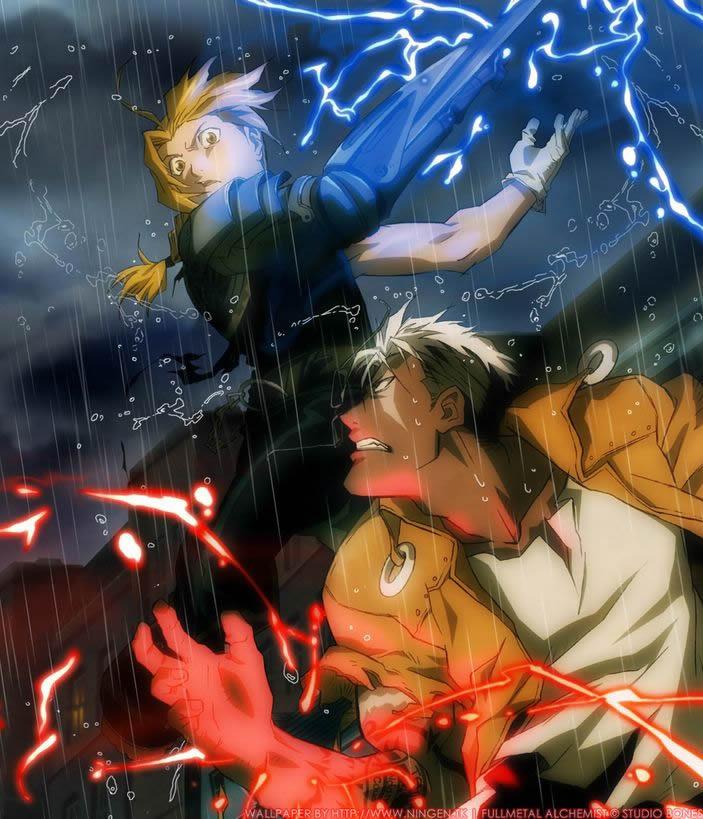 What starts out seeming like a lightly interesting and slightly goofy cartoon show quickly develops into something that explores some very deep themes: honor, responsibility, sacrifice, redemption, duty to one’s country, duty to humanity, the duty of a ruler to his people, loyalty, friendship, love, death. Alphonse and Edward face temptation many times, but after their initial mistake stick always to their principles, no matter how much tougher that makes things for them. And for all that there is cartoony martial arts violence there is also death, and the deaths on the show have real and lasting impact upon the characters.

The story is greatly aided by strong, fluid visuals, including some incredible action sequences and magical displays, and it is brought to life by the American voice actors. All are at least passable (there’s no one wooden), and many of them are good to exceptional, particularly the leads. Vic Mignogna, who voices Edward, is phenomenal, and has been recognized as such by the American Anime Awards, who presented him with an award for Best Actor in a lead role for his work as Edward Elric.

Fullmetal Alchemist: Brotherhood closely follows a famous — and bestselling — manga (a graphic novel series) written and drawn by Hiromu Arakawa. In 2003, after the first third of Arakawa’s manga was published, an earlier anime was begun, also titled Fullmetal Alchemist(without brotherhood). Lacking a completed story, the earlier show’s writers made up their own conclusion, one that left threads unresolved and wrapped up others in unsatisfying ways. (Honestly, that’s being charitable.) This version should not be confused with Brotherhood. One does not follow the other, although, if you find that you’ve loved Brotherhood, the first ten or twelve episodes of the original deal with parts of the opening story sequence in a little more detail (unfortunately, they don’t fit seamlessly together, as divergent plot threads occur pretty early on — so start with Brotherhood and come back if you want to see just a little bit more of the brothers in action). 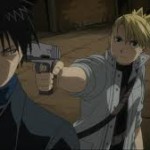 I watched the first three seasons courtesy of Netflix, found the fourth season on Hulu, and then, as the fifth season wasn’t yet on Hulu, took the extraordinary (for me) step of ordering the fifth and final season to watch from disc. I just couldn’t wait to see how the plot threads and character arcs all worked out. Believe me, it was worth it, and I can see myself watching the show again with my children when my daughter is just a little older. And that leads to a final, important point: there are some disturbing moments of violence and horror within the story, although they do not seem gratuitous. Those moments have lasting impact upon the characters who witness them. As I said, deaths in this show have repercussions. Children who are used only to seeing American action shows where bullets always miss and everyone is just fine in the end might be rudely shocked, and some of the images might grant nightmares. Younger children and even pre-teens probably wouldn’t be able to follow along with the complex themes and shifting loyalties, either.

If you haven’t already tried it out, I hope you’ll give it a look, and I’ll look forward to hearing your thoughts. Be sure not to read series discussions online, as many of those who’ve written about it carelessly reveal plot points and character outcomes. It’s constructed well enough that you should try to experience it the way Ms. Arakawa intended.