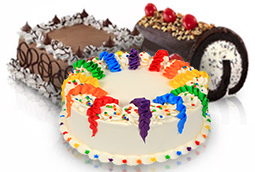 It’s been a busy but happy weekend here at the Jones household. I didn’t have enough time to put a long essay together, so I thought I’d share some happiness instead.

First, my daughter came home from the camp where she’s a counselor all summer, went to college orientation with her mother, and then celebrated her (somewhat belated) 18th birthday with us. There were presents and ice cream cake and a weird spinning mechanical candle that blared “Happy Birthday” and refused to die. We went out to celebrate at a really nifty Chinese restaurant, a first for our city, so far as I know, for it serves dim sum as well as some other goodies. 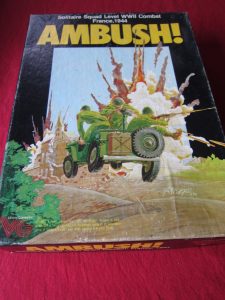 Alas, she had to leave Saturday night. Sunday I woke up early and finished mission 5 of Ambush! (there are 8 missions in the initial box) and got all of my servicemen out of the mission alive with some careful planning and a whole lot of luck. Then we proceeded to make a complicated meal, and were joined in its preparation by our old friend Bruce, who drove down and helped us make two kinds of home-made shell stuffing, one that was primarily sweet potato and one that was primarily spinach, garlic, and ricotta. I probably haven’t mentioned much that my wife is a fantastic cook, but she is, and the meal, complete with its home made pesto topping and home-made bruschetta, was fantastic. Heck, everything was home made but the shells, and she could have done that if she wanted.

We also took in a nice walk with the dogs, then I ran a short Sherlock Holmes mystery adventure for Bruce, my wife, and my son. By then it was late and Bruce headed home. While my family watched a David Attenborough nature show I curled up in a nearby chair and finished a tasty western by Ray Hogan.

It was a good weekend.