Treasures from the Vault of Time

When people talk about unique books, they usually mean a printing of a book that’s unlike any other. They almost never mean that there is only ONE of them. Well, me being the bibliophile that I am, I have a pretty cool selection of one-of-a-kind books. A few other people may have books like them, but no one else has these particular adventures from the pulp magazine days preserved in quite this way. 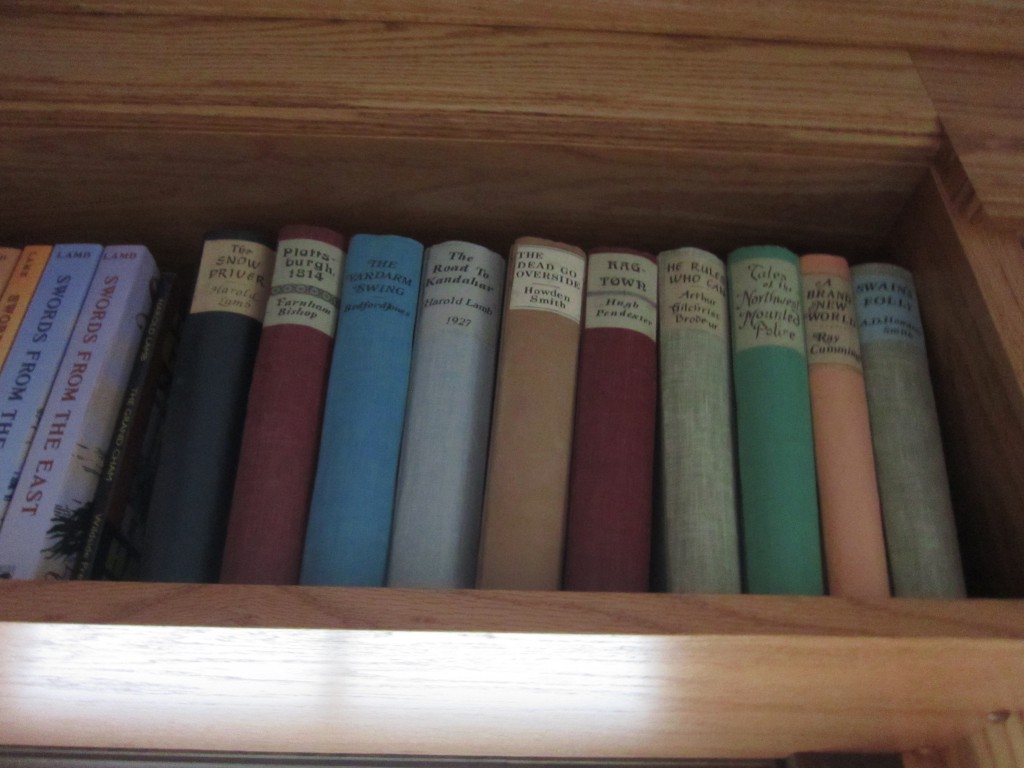 To the right you’ll see a shelf above the window in my office, and beside the Harold Lamb books are ten hardback volumes. There are two other oversize volumes on nearby shelves, and two others loaned out to the mighty John Chris Hocking, bringing the total to fourteen. Every single one of them is one-of-a-kind.

If you’re a frequent visitor to my little corner of the web, you know that I spent years tracking down Harold Lamb’s fiction and getting it into print, and that I launched a search for other quality fiction from the same places — old pulp magazines that carried historical adventures. You might also have seen me write that no other pulp historical writer was as consistently excellent as Lamb. I never meant to suggest that there were no other good pulp adventure writers, or no other great historical stories! There were plenty of both. But finding those tales, ah, now that is a trick.

They don’t call them pulp magazines for nothing. They were printed on cheap, pulpy paper, which disintegrates, and they were no more intended to last than early radio or tv shows — and that’s a good analogy in more ways than one, because in the days before television, America turned to its pulp magazines for entertainment. Adventure magazine, or Argosy, or a pulp hero mag like The Shadow would come out three or four times a month, and so you’d sit down nearly every week for the next exciting installment of your favorite story, or kind of story. If you didn’t like historicals or costumed vigilantes, you could find romance or detective tales, or sports stories, or south sea tales, or just about anything else you could think of, even some Weird Tales (which, famous as it is today, was never as popular as a whole bunch of magazines you’ve never heard of). 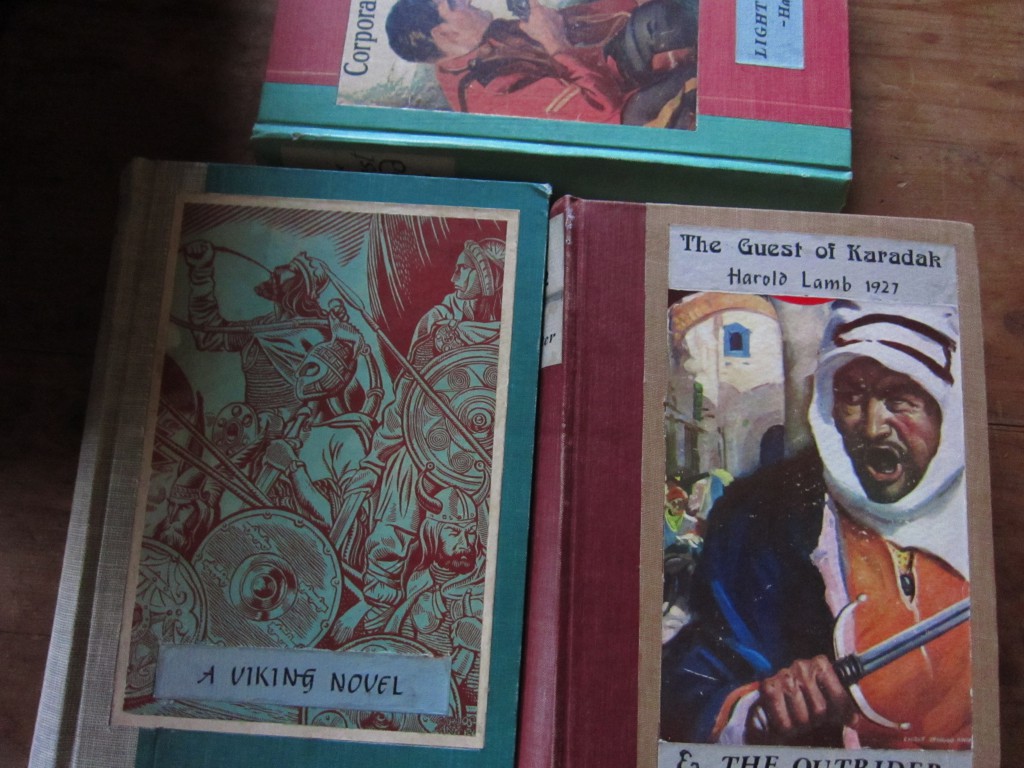 Now you’re probably aware of Sturgeon’s Revelation, “90% of film, literature, consumer goods, etc. are crap.” It holds true for pulp as well as anything else. (Honestly, I sometimes think that 90% is too low.) That being said, even with Sturgeon’s Revelation being accurate, with all those words printed over the pulp heyday, you’re looking at a whole lot of stories that were pretty good to excellent. But how do you find them? You can hunt through old magazines at conventions and take a shot, or buy up some reprints from Altus Press, Black Dog Books, and other places, but how will you know which authors tick your clock before you go investigate?

Much as you would enlist a skilled Sherpa before ascending Everest, you would locate someone who knew the material and could recommend some authors and titles. That’s what I did. ( I mean I talked to some pulp experts, not Sherpas. Not that I have anything against Sherpas, many of whom, I’m sure, are big fans of pulp historical fiction.) 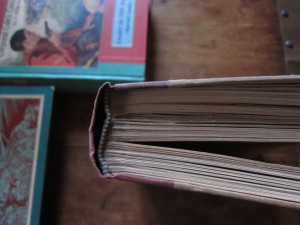 Some pulp collectors remove their favorite stories from magazines and then bind them between hardcovers. It takes up less space on the shelf, and they look pretty darned cool if you can do it properly. I was befriended by one of these pulp collectors, Al Lybeck, another huge Harold Lamb fan. Al was retired and had assembled a number of these collections that he never expected to read again, and he asked if I wanted to buy them. I knew that some of the volumes contained Harold Lamb texts I hadn’t actually seen and that others held unreprinted adventure stories from other writers I’d heard good things about, so I jumped at the chance. A week or so later, just in time for Christmas 2001, I received this small library of adventure tales.

These remain some of the most splendid books I have ever had the pleasure to hold. Imagine someone of similar taste preserving a whole collection of rare tales by authors that you have heard only rumors about, or have never heard of at all! Too hard? Imagine being a fan of guitar-driven rock with great melodic hooks but never having heard much mid to late ’60s music. Then someone hands you a Hendrix disc. Yes, these collections are THAT COOL. 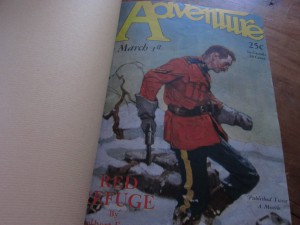 I first dipped into the stories by authors that I was familiar with, or had heard of, but I’ve been savoring this collection slowly (life got busy with child two, grad school, and teaching). The vast majority of these tales I haven’t yet read! Every one of these books still fills me with pleasure and an almost childlike sense of glee crossed with anticipation  every time I look through it. For instance, on the left is a peek inside a volume mostly dedicated to tales of the Canadian Mounties. I’ve never read a tale of the Canadian Mounties before in my life, but I know Al had pretty good taste, so I bet these are gonna be great!

Some of the collections have old pirate swashbucklers, or south sea adventure stories, or French Foreign Legion exploits, or Cossack yarns… it’s just grand stuff, and I’m looking forward to a plunge into some of these far-off places when I take a little time over Christmas break.

I thanked Al when I bought these from him, but I didn’t realize at the time how much joy these books would continue to bring me.