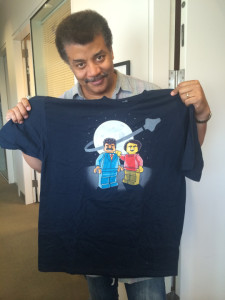 Whew. Well, as of about 20 minutes ago, the revised version of For the Killing of Kings is with my editor, or at least his in-box. I would liked to have read it straight through a couple of more times, but as I strive to be a man of his word I delivered the manuscript on the first day of the first full week of November. This draft would not have been possible without the editorial aid of a wicked and beautiful enchantress whom I have surely mentioned before.

In celebration, I’m wearing one of my favorite t-shirts, which, alas, is beginning to show its wear.

Today I’m going to spend some time putting the house back together after about a week of neglect, and that will include some last minute pre-winter garden work. Maybe this evening we’ll start watching the second season of Stranger Things.

I need to get back to work on issue 2 of Tales From the Magician’s Skull. And, partly because I’m a madman, but mostly because it took longer than I expected to address all the changes to book 1, by the first week of December I need to turn over the first draft of book 2. I’ve got a lot of work ahead of me.

My old friend Bruce and I took our old friend Brad out for his 50th for lunch and Thor: Ragnarok yesterday. And a good time was had by all. It was such a grand adventure that I didn’t even mind some niggling plot issues. I’ve found a few naysayers online, but there are always some determined to grumble, to define themselves by what they hate rather than what they enjoy. (SPOILER ALERT!!!) I was delighted that the film makers even worked in part of the Viking prayer invented for The 13th Warrior, which is one of my favorite prayers, ever, and a key part to the climactic moment of that movie. And Skurge got his scene! Admittedly it wasn’t as awesome as the scene from the comic, but there wasn’t time to establish as great an arc as there was in the comic, and as this version of Skurge wasn’t half as competent as the comics version, that long, death-defying scene wouldn’t have been credible. (END SPOILER ALERT.) 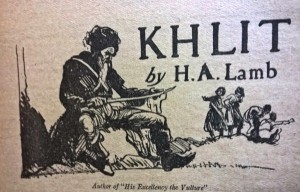 I’ve been following along with something called Barteuscon, which is one witty fellow playing through one game from his solitaire gaming collection every evening over the course of November. If you’re a gamer yourself, you’ll probably enjoy.

Lastly, Joseph Goodman noticed something and pointed it out to me. Last week was the hundredth anniversary of the first published story of Harold Lamb’s Khlit the Cossack. Serendipitously, just last week my old friend Jan van Heiningen sent me a heretofore unknown-by-me essay Harold Lamb himself had written about how he’d gone about plotting that very same story. That was pretty cool, and I have fingers crossed that more such essays might turn up. I’ve dreamed sometimes that I spoke with Lamb about how he set about structuring his tales, but this is about as close as I’ve ever gotten to understanding the thought processes involved.