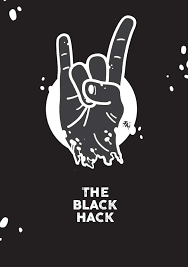 This is my first time mentioning The Black Hack, one of the MOST streamlined of fantasy role-playing games. Creative, intuitive, and short, The Black Hack took a new spin on the old D&D stats and settings and did very clever things with them. It inspired an entire movement of streamlined games, from pirate themed to space themed to horror themed to low-priced expansions and so on and so forth. It’s a great little system and can be had cheap ($2.00) through rpgnow right here. If you don’t believe me, read some reviews, or take the word of William King, creator of Gotrek and Felix, who was singing its praises to me earlier this week.

Bill’s also the fellow who pointed me towards the Kickstarter for the new, expanded edition of The Black Hack, which you can find here. Looks pretty groovy, and it, too, is stunningly affordable. I mean, look at the price for the complete PDF edition!

If you’re a long time gamer you really owe it to yourself to check it out. I’m going to sell off some stuff I’m never going to play again so I can “splurge” for the print edition. (I use “splurge” lightly, as the print edition before shipping is still only $40.)