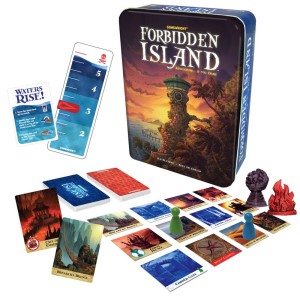 Well, not a bonanza, really, but my wife and I picked up Forbidden Island and Pandemic this weekend, and I’ve been researching other board games. We don’t have too many of the modern ones, as we’ve continued role-playing games over the years. A lot of the modern board games people rave about are sort of like “role-playing lite,” like Defenders of the Realm, and I figure if I want that feel I can just run a paper and dice role-playing game.

But there are scads of great looking modern games even apart from those. I’m most drawn to games with ancient civilization building and war themes, as you might expect, and other tactical games. I’ve heard wonderful things about Tigris & Euphrates for years but haven’t picked it up — I don’t imagine my wife would like the conflict aspect of it. (One of the reasons I have gotten into solitaire games is that I can play tactical scenarios that way.) 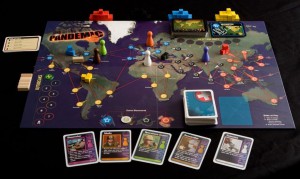 My wife is drawn to co-ops, some of which look pretty cool, and I spent some time Friday night and Saturday morning reading through scads and scads of reviews, trying to narrow things down. Was there a lot of conflict? Did it scale well from 2-4 players? I wasn’t interested in just the review score, but WHAT was said, and the biases of the reviewer.

Anyway, now we have two new games in the house, and we discovered that the nearby game store (hard to believe, but there’s actually a cool store on our side of town!) allows you to check out a used game for 5 dollars for a week to see what it’s like, so we can try out Castles of Burgundy or Agricola or a host of others. If any of you out there have any suggestions, I’m all ears.

I was just reading a review of the co-op Freedom: The Underground Railroad while I finished breakfast. It looks good. It put me in mind of a book I read and re-read when I was a little boy of 6-8, about Harriet Tubman. I loved that book. Great atmospheric pictures and evocative prose, although it was for younger children and some of the concepts weren’t entirely clear. For instance, for years I misunderstood what the underground railroad really was — I thought it was literal, and there had been this vast network of secret train tunnels underground, pulled by some cool ultra fast trains. Man, if the abolitionists had possessed that technology, it would have been all over…