Book 3 — When the Goddess Wakes 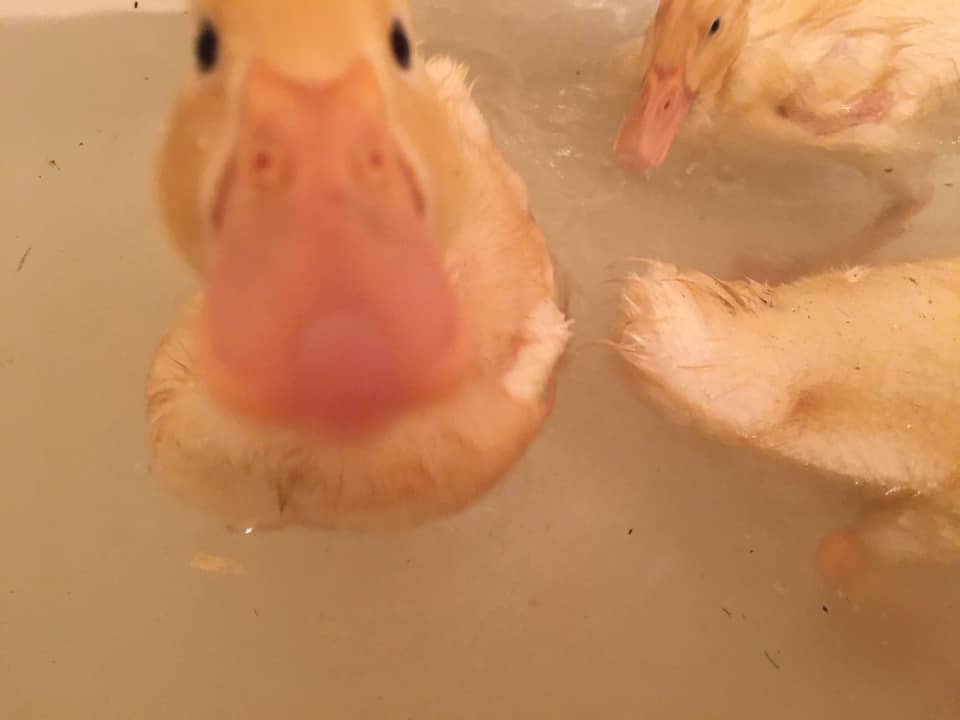 I’ve been taking care of our baby ducks, which is necessity and also a pleasant distraction. Here, enjoy some duckling pictures!

While I’ll decorate this post with some ducks, you’re likely here because you’re a fan of my writing, so here’s some news on that front. Work continues on the third novel. I generally find that my drafting speed really slows down over the middle sections of a book and that I begin to pick up speed near the end of Act II and start of Act III, and that’s holding true for When the Goddess Wakes. As I close on the rough draft of the final sections of Act II, threads are tightening, a few surprises are bringing things into closer focus, and I’m getting more and more excited about the potential of what I’ve written.

Two of my favorite restaurants aren’t answering the phone.

Two weeks ago we wanted to make sure we threw one of them some business. Iwataya, a sushi restaurant, has been part of the Evansville scene before we moved here some 15 years ago. When I walk in to pick up an order or to sit down for a meal the long-time employees greet me like an old friend. But they didn’t answer that evening, and they haven’t answered any evening since. I can’t know what’s happened. I fear the worst.

I’m almost certain the worst has happened to Bombay Spice. Not only are they not answering the phone, their web site is down. They opened only last year, and their Indian cuisine is excellent. Butter chicken dishes in London restaurants with five star reviews couldn’t touch the delicate blend of flavors in the butter chicken recipe from Bombay Spice here in a city most people never hear about, Evansville, Indiana. But I’m pretty sure, now, that they’re gone, and I don’t know what’s going to happen to their talented staff.

I don’t know what’s going to happen to my sister. She’s a nurse working in Arizona for a hospital that had no masks to give their nurses since the nation finally got serious a few weeks ago, and hasn’t had any other kind of protective gear for them either. Earlier this week she and the rest of the staff were triaging patients on the sidewalk in these conditions. Some patients arrived so weak they couldn’t climb from their cars under their own power, and my unmasked sister and her friends were reaching in to help them out.